A Dorset politician has criticised local police for getting involved in an investigation into the recent deaths of two White-tailed Eagles along the south coast.

Chris Loder, Conservative MP for West Dorset, said that "Dorset is not the place for eagles to be reintroduced", and stated that he wanted Dorset Police to instead direct their resources at catching drug dealers, rather than wildlife criminals.

White-tailed Eagle has been the subject of an ongoing reintroduction scheme on the Isle of Wight since 2019. Wandering birds from this scheme have regularly visited Dorset, particularly in recent months, but none has actually been directly reintroduced to the latter county. 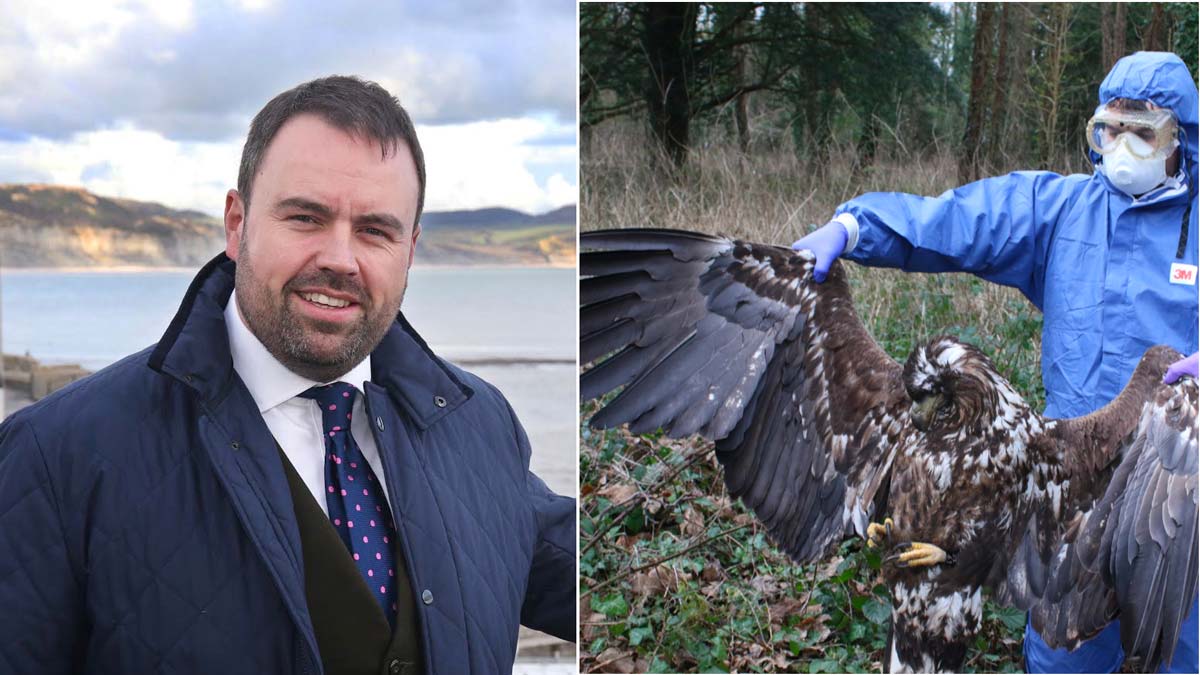 Conservative MP for West Dorset, Chris Loder, has openly acknowledged his anti-eagle stance, saying that he does not want the birds "plaguing [our] farmers".

Mr Loder's initial comments were met with widespread uproar and disbelief. But, instead of quitely backtracking on his initial statement, Loder then doubled down on his comments, posting a link to an interview with a Scottish lamb farmer, published in The Scotsman, and writing: "For local people asking why I don't want eagles in Dorset, killing our lambs and plaguing our farmers ...".

Mr Loder also attached two images of a White-tailed Eagle eating a lamb, without context, to which photographer Peter Cairns replied: "As the photographer behind two of these images, I'd recommend you establish the circumstances before using them as evidence. Both are staged for an editorial story using a captive eagle and a dead lamb."

Furious conservationists have condemned Mr Loder's comments. Chris Packham was quick to get involved, saying he "cannot quite believe the disgusting state of some of our elected representatives", adding that Loder's beliefs were "antiquated ignorance" and "a view back to the Middle Ages".

A member of Dorset Police's Rural Crime Team responded to Mr Loder's claims of wasting resources on Twitter, saying: "We are a specialist small team of three PCs focusing on rural organised crime targeting farms and plants, wildlife crime and heritage crime. In my 17 years service I've not claimed any time for 1,000s hours of staying on or on my days off to deal with wildlife cases."

Dorset Police has asked for patience regarding further details on the eagle's location and cause of death, with a toxicology report due to be completed soon.

Mr Loder, who has received five-figure donations from local estates in the past, was continuing to peddle his anti-eagle rhetoric via Twitter on Saturday morning.