The use of disposable barbecues has been banned around the New Forest National Park in order to reduce the risk of damaging blazes breaking out.

The entirety of the National Park is now is a no barbecue and fire zone – barbecues and campfires are no longer permitted in car parks or other areas of the forest managed by Forestry England and all barbecue facilities have been removed at these sites.

Forestry England said in a statement that "protecting the New Forest from the risk of wildfires is everyone's responsibility" and that it would be "carrying out patrols again this year and working hard to ensure as many people as possible are aware of, and observe the ban".

The National Trust and the Hampshire and Isle of Wight Wildlife Trust have also imposed a similar ban, with this now extended to New Forest crown land and Lepe Country Park, which is run by Hampshire County Council. 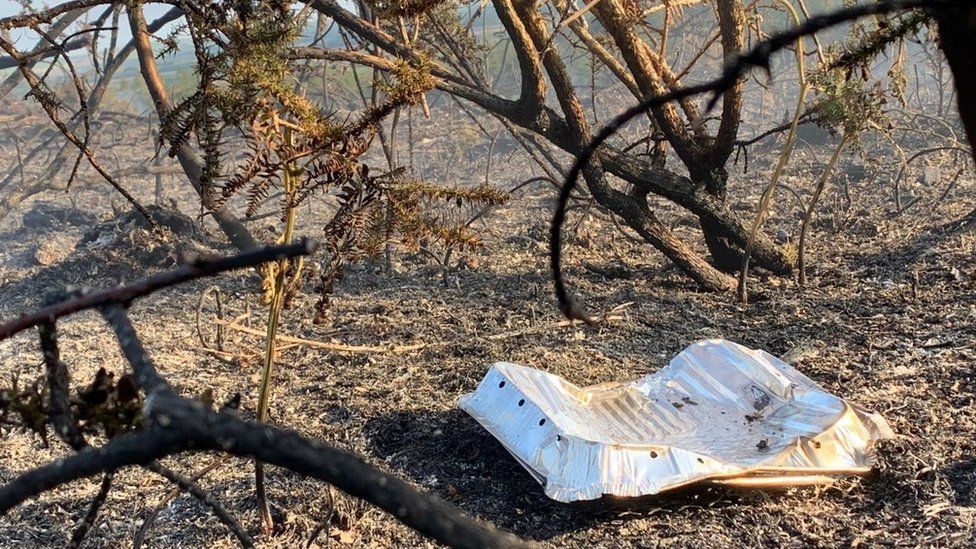 This disposable barbecue caused a blaze in Puddletown Forest, Dorset, in April 2020 and was described as "completely avoidable" by Dorset and Wiltshire Fire and Rescue Service (DWFRS).

The steps follow ongoing efforts from the New Forest National Park Authority to ensure that local retailers do not sell disposable barbecues. "Last year saw a significant rise in the irresponsible use of barbecues, presenting a major risk of wildfire with potentially devastating effects. In just one weekend rangers working with the fire service extinguished over 60 unsafe barbecues. Numerous areas of scorched earth were left across the protected habitats when a fire warning was still in place," it said.

A similar move has been made in neighbouring Dorset, where Dorset Council has introduced policy to prohibit the use of disposable barbecues, as well as the lighting of fires, at any of its country parks or other Council-owned land that is deemed high risk for fire.

There is increasing recognition of the threats posed by widespread use of disposable barbecues – particularly in dry and warm spells, such as that in spring 2020, when a host of human-induced fires caused major damage a series of nature reserves and protected areas nationwide. Major blazes at Wareham Forest, Dorset, and Hatfield Moors, South Yorkshire, wiped out hundreds of acres of nationally important habitats and wildlife, while Britain's largest reedbed was also destroyed by a large fire. A quarter of Thursley Common NNR, Surrey, went up in flames at the end of May.

Lowland heaths are particularly susceptible to fire risks due to vegetation types and sandy soils, which quickly dry out. They also support some of our rarest and most range-restricted wildlife. A full feature on this special habitat and its birds appears in the June 2021 issue of Birdwatch magazine, which is out in late May.