The RSPB has developed a brand new approach to measure how connected children are to nature, working with leading academics at the University of Essex. It comes as a result of growing concerns over generations of children with little or no contact with the natural world and wildlife, which is one of the biggest threats to UK nature, says the RSPB. This new approach will be used with 8- to 12-year-olds across the UK to create the first ever baseline of children's connection to nature, to be announced next spring and measured again in two years' time.

Mike Clarke, RSPB Chief Executive, says; "This is ground-breaking stuff. It's widely accepted that today's children have less contact with nature than ever before, but until now there has been no robust scientific attempt to measure and track connection to nature among children in the UK, which means the problem hasn't been given the attention it deserves. Without the opportunity and encouragement to get outdoors and connect with nature, children are missing out on so many benefits that previous generations have enjoyed, and it's putting the future of our wildlife and natural environment at risk." 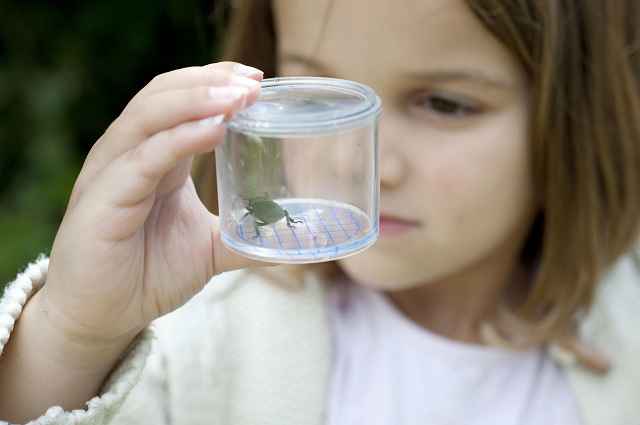 The new approach explores children's empathy for creatures, responsibility for nature, enjoyment of nature experiences and sense of 'oneness' with nature. The RSPB is calling for the Coalition Government to adopt this as their official indicator for whether their efforts to improve connection to nature are having an impact. Evidence shows that the proportion of children playing out in natural spaces has dropped by as much as 75% over the last thirty to forty years. This is despite the proven positive effects that contact with the natural world has on children's physical and mental health, personal and social development, and even academic achievements and life chances. If the decline in connection continues the consequences for wildlife and people could be catastrophic, as children who don't value and respect nature when they're young are less likely to see the importance of protecting the natural environment when they're older.

Rachel Bragg has been leading the work at the University of Essex. She says: "It's vital that we understand how a child's experience of nature influences their feelings of connection to the natural world as this will affect future behaviour towards the environment. The study we've developed with the RSPB will help us measure this connection and will give us the first baseline data for children in the UK."

Mike Clarke continues; "Children's lack of contact with nature is a serious problem, but it isn't an unsolvable one. If the Government, parents, schools, the RSPB, and other like-minded people and organisations all work together we can make real changes in the relationship between young people and nature, for the benefit of both."

Check your own family's level of connection to nature and find out more at www.rspb.org.uk/getoutdoors