Discarded fishing gear is thought to be one of the factors behind the appearance of a dead Killer Whale washed up on an Orkney beach.

The young Orca was found scarred with cuts and rope marks by Anna-Lisa Jenaer, who discovered the body while on a walk along the coast of Papa Westray. 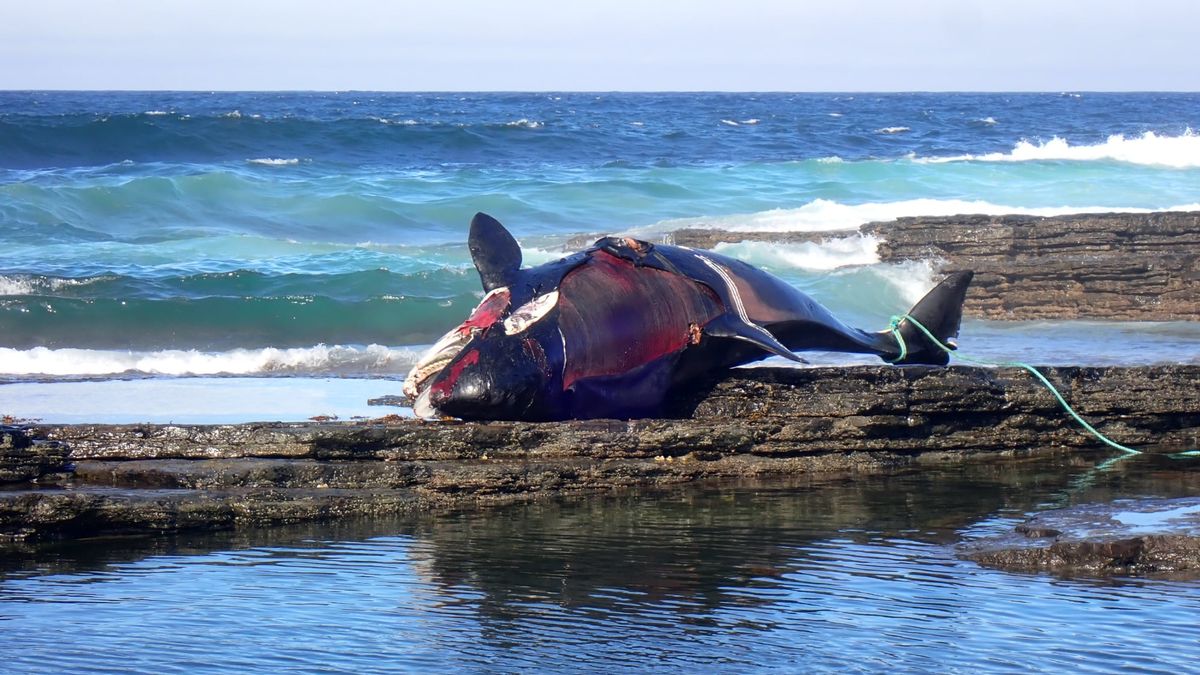 The young orca was found washed up on Orkney with a number of injuries (SMASS / Pen News).

The Scottish Marine Animal Strandings Scheme (SMASS) investigated the incident and found that dumped fishing gear was to blame. A SMASS spokesperson said in The Mirror: "The lungs showed water aspiration which, in combination with distinct antemortem rope marks around the tailstock, strongly suggests entanglement as the cause of death."

The Orca has been identified as a member of the '27's' pod, which is regularly observed around Shetland. It was around five years old and was in good health when became trapped. "It had been a reasonably healthy animal in good body condition which had been recently feeding," the spokesperson said.

"There was no marine debris or fish remains in the stomach but quite a lot of seal. No rope was found on the animal, so it's not possible to say if this animal became entangled in active fishing gear, or discarded or lost material.

"But based upon the lesion pattern it is likely the animal became entangled prior to death, was unable to reach the surface and drowned." According to SMASS, this means that the rest of the orca's pod could be at risk of being hurt and dying in the same way.