Designs for a new state-of-the-art bird and wildlife development in Lee Valley Regional Park, just north of London, were unveiled on 25 October.

The new venue, with a 5-metre viewing tower, will replace the 30-year-old Bittern Information Point at Fishers Green, near Waltham Abbey in Essex, which is nearing the end of its operational life. Overlooking Seventy Acres Lake, the current bird hide is currently a trusty place to see Eurasian Bittern. 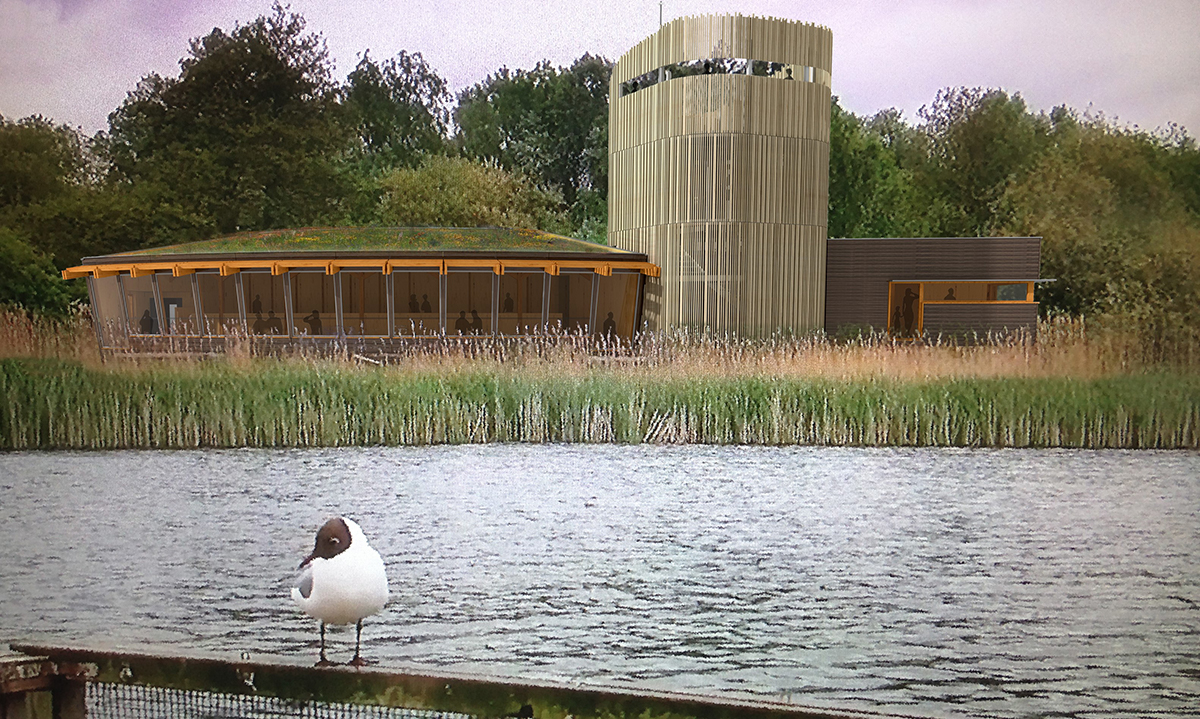 Set to open to the public in June 2020, the fully accessible hide and information point will include a two-tier viewing area at ground level, with a separate wildlife information room. Complete with a CCTV system and live nest box camera footage, it will provide visitors of all ages with undisturbed, close-up access to the lake's wildlife.

The venue will also offer far-reaching, 360-degree views of the surrounding area from the viewing tower. Design works are currently under way for the plans to include a bespoke wetland habitat 'living' roof. Equipped with ramps and a lift, this new centre and is expected to become one of the most popular areas in the 26-mile-long Lee Valley Regional Park which stretches from the Thames to Hertfordshire.

The project will also involve habitat improvements for some of the park's priority species, including the creation of a Common Kingfisher nest bank and enhancements to the lake's existing reedbed. This builds on successful work which has already been completed by the Park Authority and other partners nationally to create and enhance a network of reedbeds.

Currently, Eurasian Bittern return annually to winter in Lee Valley Regional Park but with continued work such as this, it is hoped that they will eventually breed in the valley.

Shaun Dawson, Chief Executive of Lee Valley Regional Park Authority said: "It's great news that we will be able to improve this signature spot in Lee Valley. The new facility will give visitors better access to one of our key Biodiversity Action Plan species, Eurasian Bittern, and ensure that they can get up close to a range of wildlife."