A butterfly that is in serious decline across the UK has been found in abundance in newly discovered colonies in the Highlands — and their chances of thriving next year have been given a boost by the recent cold snap.

The Pearl-bordered Fritillary has been found at several Forestry Commission Scotland sites near Contin and Garve, just to the west of Dingwall. Discovered by Commission staff and volunteers from the Blackwater Wildlife Group, the sites had not previously been recorded by the Commission or appeared in the National Biodiversity Network records. 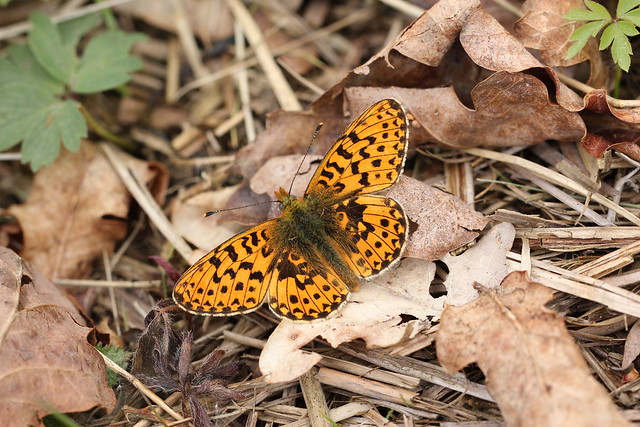 The Pearl-bordered Fritillary butterfly is one of Forestry Commission Scotland's six key action species in its 'Woods for Nature' biodiversity programme. The programme will help meet the aspirations set out in the Scottish Forestry Strategy and the Scottish Biodiversity Strategy.

Graeme Findlay of the Forestry Commission in North Highland said: "It's fantastic and just goes to show how good forest management can provide ideal habitat for endangered species. An important part of this success is down to that fact that we have been grazing cattle on these sites, which has helped to generate the right sort of habitat for the butterflies. For example at one site — a well-structured, south-facing birchwood — open sunny glades contained food plants, such as Dog Violets and Tormentil, that are perfect for these butterflies. We counted more than 20 individuals on the wing in one small, open patch. Hopefully they'll go on to thrive next year too, because a cold winter is actually helpful in reducing the incidence of disease and viral attacks on the caterpillars, which hibernate over winter in vegetation on the ground. We will do what we can to create the right conditions for them and will continue to manage the grazing within this area in a bid both to help the woodland expand and to create more of the habitat that will help these butterflies." 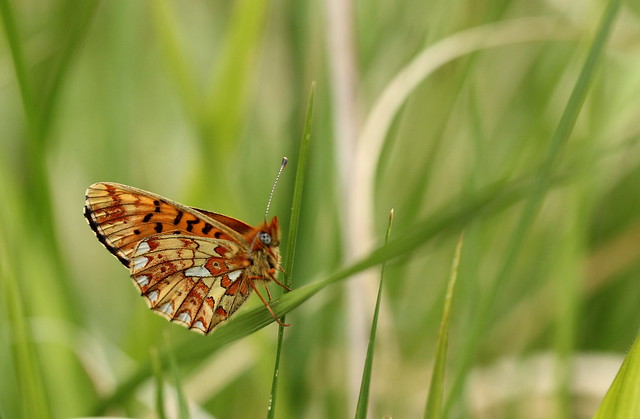 The butterflies were also found at two other sites, on powerline way leaves, which will now be enhanced along their edges to create flower-rich sun traps with scattered trees and patches of bracken. Developing other sites — through woodland creation, restructuring and targeted habitat management — will also encourage the species to spread further across the area. Our long-term aim is increase the number of colonies further and create a stronghold for them.

Graeme added: "We've also got a great project going with local school children who are really enthusiastic about helping this butterfly to thrive. As well as growing food plants to be planted out in nearby forests, the kids love to get out and about and do some serious bracken bashing to help keep the vegetation open enough to allow flowering plants to come through."