An influx of lockdown visitors taking exercise on Dartmoor has raised concerns about the ancient woodland habitat present in parts of the national park.

Devon county councillor Philip Sanders said people had been camping, making fires and stripping moss from the trees at Wistman's Wood. The woods, which cover about nine acres, are remnants of a forest dating back thousands of years. Mr Sanders said the damage had brought him "to the verge of tears". 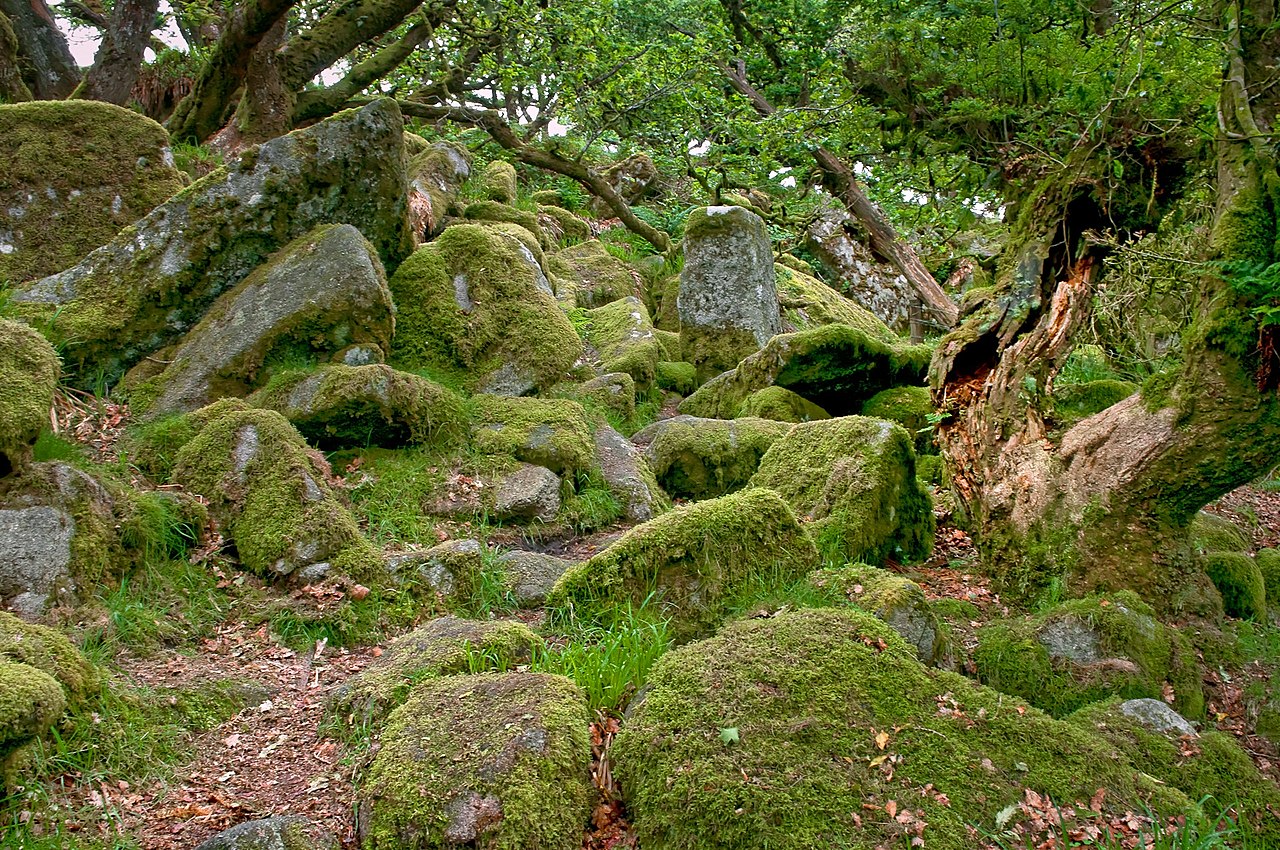 The ancient woodland at Dartmoor has had higher than usual numbers of visitors during lockdown (Gary Dee / commons.wikimedia.org).

The woodland is an iconic feature and appears in many photos of the national park. The woods themselves were given protection as a Site of Special Scientific Interest in 1964. But the lockdown has prompted more people onto the moor amid a loss of other activities, said Mr Sanders, a park warden and member of the Dartmoor National Park Authority.

"We had 400 people on one day along the path through the woods," he said. "People have got nothing else to do in the lockdown, but it's pressure that the woods cannot stand."

Police have been stepping up patrols and have urged people not to travel to exercise on the moor.

Mr Sanders said as well as camping and setting fires in the woods, people had been stripping moss from the trees, which are managed by Natural England. "Moss and lichen can take hundreds of years to form, but it only takes five minutes to destroy," he said. Mr Sanders warned that if the damage continued, it was "almost inevitable" that Stonehenge-style restrictions could be put in place.

"We like to promote the moor for recreation and we want people to enjoy the countryside, but we want them to use it responsibly," he said. "People are ruining the thing that they are going to Dartmoor for."

Dartmoor National Park said it "continues to work hard to encourage and promote positive visitor behaviour". Defra urged people to "respect the communities and environment that make up this iconic part of our country".