In the exhibition, Woodhead presents work created over the past two years. Working along the coast, rivers and fields of his native East Lothian, he observes and paints birds, insects and landscapes found in this stretch of the Scottish countryside. 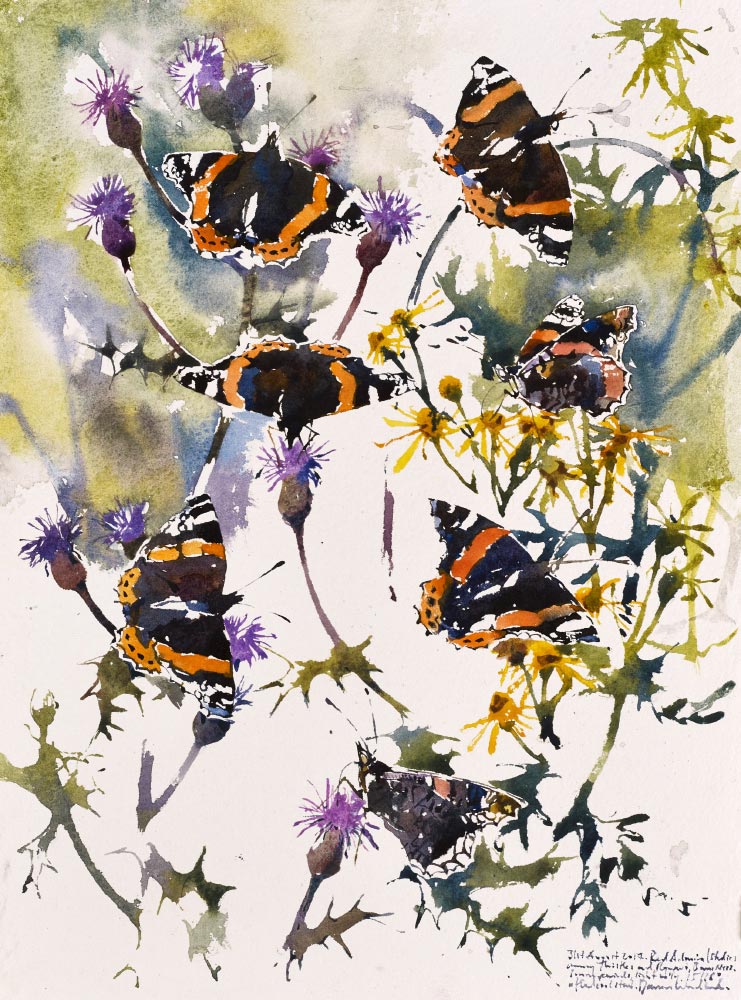 Woodhead is a feld painter. He stands in the landscape, immersed in the natural world he depicts, and works from direct observation in brush and watercolour. There is no studio. He observes and reacts in the moment to the appearance of a bird or the fluttering of passing butterflies. To produce such joyful and seemingly effortless work relies on consummate skill as a painter and as a naturalist.

Julian Spalding, writer and former museum director, enthused: "Few artists alive today have such skills at their fingertips, and not many have had in the past. This is what makes his achievement so exceptional and his paintings so full of life and light. And the extraordinary thing is that this light is nothing more than plain white paper." 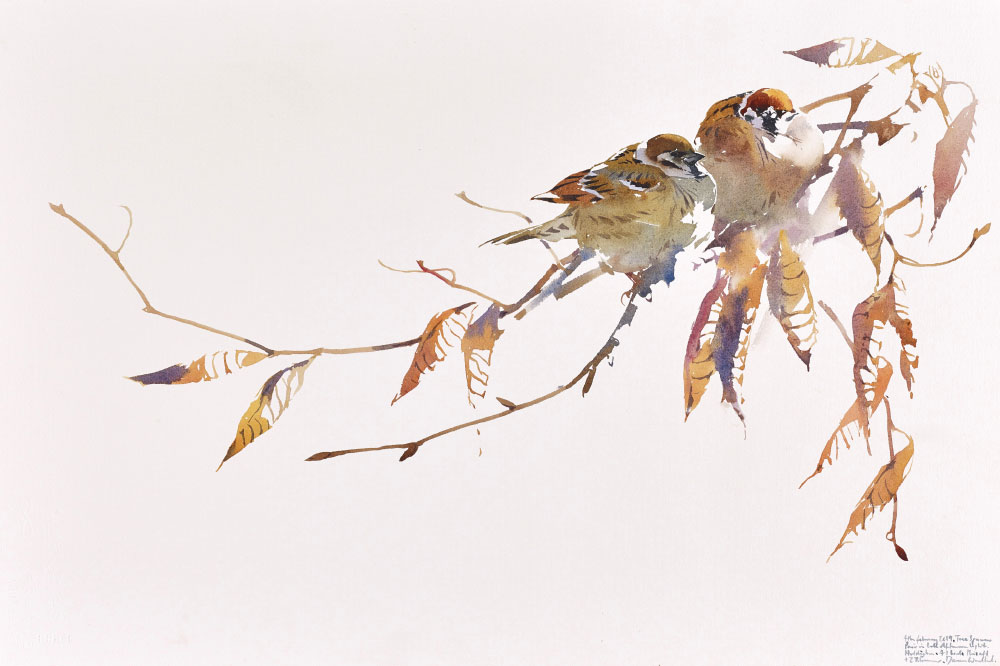