Greater Manchester Police and the RSPB have launched an investigation after a Common Buzzard was found shot in the northern Peak District – the latest raptor to be killed in the infamous 'Dark Peak' area.

The dying bird was discovered near Diggle by a member of the public who contacted the RSPB. Sadly, however, it had to be euthanized by a vet the next morning due to the extent of its injuries. The body of the bird was X-rayed and found to contain six pieces of lead shot. Further post-mortem analysis revealed that the bird had also been shot at an earlier occasion, but had survived. 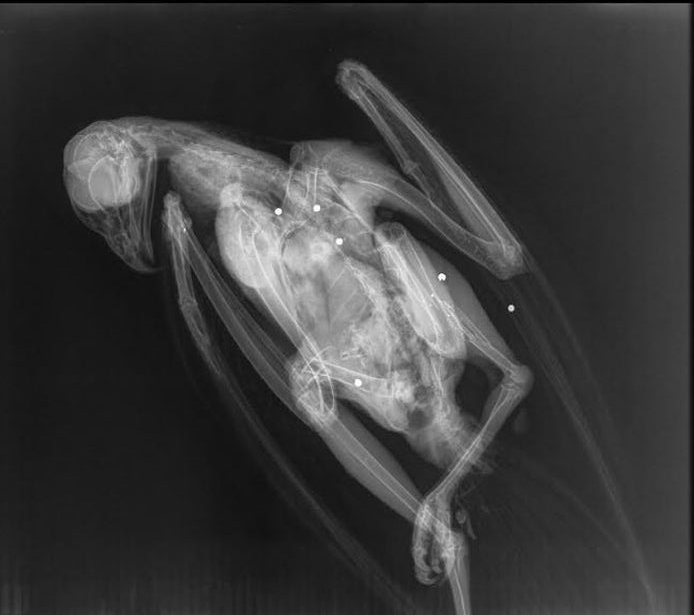 The northern Peak District is a known hot-spot for the shooting, trapping and poisoning of birds of prey. Nearby, in 2018, a climber witnessed a Red Kite being shot out of the sky near Saddleworth. The same year, singles of Tawny and Short-eared Owl were found shot near Wessenden Head.

The RSPB's Investigations Team recently reported a surge of potential and confirmed incidents of bird of prey persecution since lockdown. It is believed that the absence of visitors and raptor workers from key parts of the countryside may have served as an invitation to some to increase their efforts to kill birds of prey.

Jack Ashton-Booth, RSPB Investigations Officer, drove the dying bird to the vets. He said: "To hold the body of a bird in your hands that's been riddled with lead shot, knowing that you probably can't do anything to save it, is devastating. That is the reality of raptor persecution.

"We are grateful to the member of the public who reported this incident. If you find a bird of prey dead or injured in suspicious circumstances, please report it to the police. We're certain that more birds will be killed than we ever find or hear about."

A spokesperson for Greater Manchester Police, commented: "Shooting a bird of prey is an offence under the Wildlife and Countryside Act and I would appeal to hear from anyone with information."