The British Ornithologists' Union Records Committee (BOURC) has added Dalmatian Pelican to Category A of its British list. Following the Eastern Orphean Warbler announcement, this becomes the second accession to the national list within the space of a week.

The decision is based on the well watched and long-staying bird seen in Cornwall and Devon from 7 May-20 November 2016. Initially seen largely in flight in the Land's End area, the bird eventually settled down at Drift Reservoir from mid-May, lingering there until mid-June. It then spent much of the rest of its extended stay at Restronguet Creek, near Feock, although occasionally would wander further, on one occasion travelling as far east as Plymouth, Devon, in July. 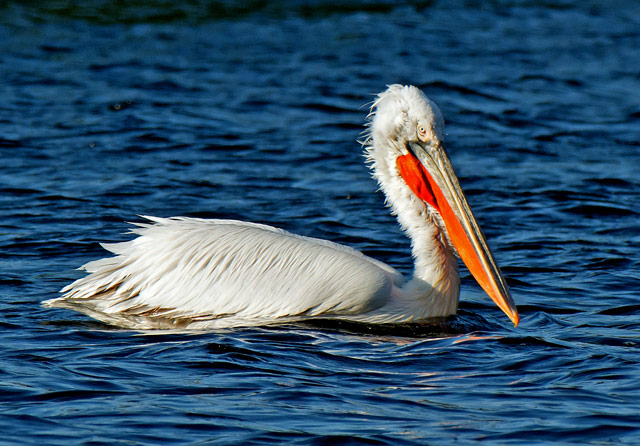 The Dalmatian Pelican at Drift Reservoir, Cornwall, on 24 May 2016 (Alex McKechnie).

The appearance of this individual, which was considered to be in its third-calendar-year or older, and its long stay in south-west England resulted in much debate about its origin. From plumage details it was realised that the same bird had passed through Poland, Germany and France, before arriving in England. The record has been accepted to Category A of the Polish and French national lists, although in Germany it has been placed in Category D.

As a first for Britain, BOURC had to decide whether this bird derived from wild populations in the eastern Mediterranean, or from captive collections. Mediterranean populations are recovering with increases in numbers, and birds are known to wander away from breeding areas; conversely the species is widely kept in captivity with a number of known escapes found in Western Europe. After careful consideration BOURC decided that in the balance of probabilities this record likely was of wild origin.

Dalmatian Pelican breeds from south-east Europe to China, with birds moving small distances to winter from Greece to south China. It is of note that the remains of Dalmatian Pelicans have been found in the Bronze Age and Iron Age fossil record from the English Fens.