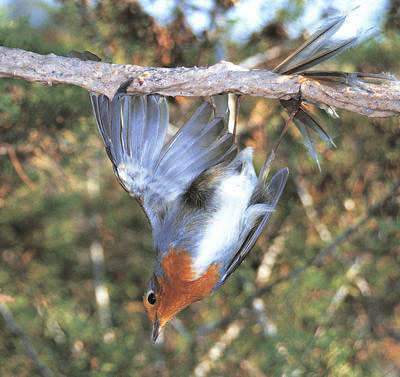 BirdLife Cyprus, with active support from BirdLife Finland, have this year launched an education campaign aimed at schools across Cyprus.

A colourful poster, highlighting the wealth of migrating birds passing through Cyprus will appear on classroom walls across the country. Thanks to the cooperation with the Turkish Cypriot bird protection society KUSKOR, the poster campaign will also reach primary schools north of the island's dividing line. The poster carries a positive message, focusing on the beauty of the migrant birds flooding through Cyprus each spring and autumn. It notes that thousand of these migrating birds are killed every year on the Island and calls for support for putting an end to the cruel practice of bird trapping. The Cyprus Game Fund, Cyprus Police and the British Sovereign Base Are (SBA) police are all backing the education campaign.

Unless people can be convinced to neither go out and trap birds nor buy and eat them, then some trapping is likely to persist no matter how strict the enforcement effort.

In recent years, there has been a push to clamp down on illegal trapping on the Island. Through undercover field monitoring of this trapping with mist nets and limesticks, BirdLife Cyprus, supported by the RSPB (BirdLife Partner in the UK) have played an important role in encouraging and aiding this long-overdue clampdown. All monitoring finds are reported to the authorities, while the data collected fueled lobbying action in Cyprus and abroad, catalyzing further enforcement.

BirdLife Cyprus's field data shows that there has been a large reduction in bird trapping since the late 1990s, when millions of birds were being killed every year. However, tens of thousands of birds are still being caught by increasingly covert and well-organised trappers.

The funding for this groundbreaking campaign came from an appeal to members launched by BirdLife Finland.

The poster can be seen here.