A Cumbrian stream which was straightened in the 18th Century to create a canal has been "re-wiggled" to make it more attractive for birds and other wildlife.

Natural bends were added to Howgill Beck, in Geltsdale, Cumbria, to create attractive habitat for bird species. It now curves through the land and can spill onto a floodplain when water levels are high. 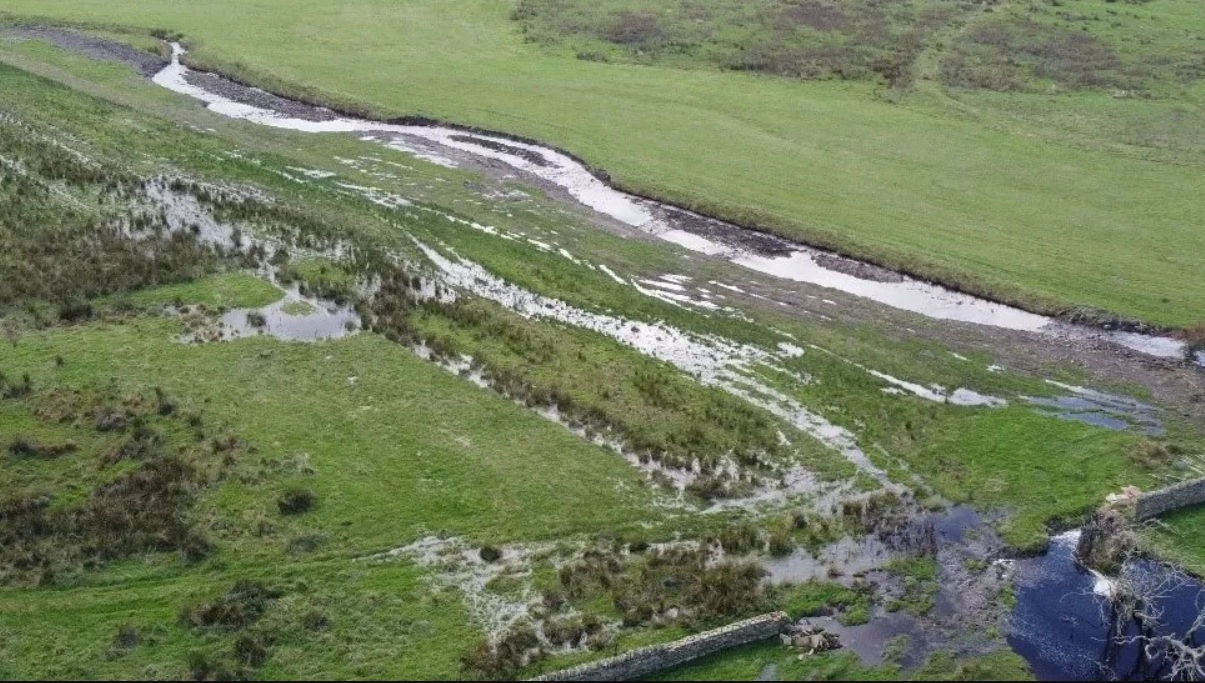 Various wader species are set to benefit from the readjusted beck (George Heritage).

The work was funded by several grants, including ones from Northumbrian Water and DEFRA. Conservationists believe the work will create the ideal habitat for Common Snipe, as well as Eurasian Curlew, Northern Lapwing, Common Redshank and Black Grouse.

The beck flows through part of the North Pennines Area of Outstanding Beauty and Geltsdale, which is a designated conservation and protected area. Project manager Jen Selvidge, also RSPB Geltsdale warden, said: ''It has been immensely satisfying to see the reversal of an embanked, highly managed, and straight system.

"The energy in the channel has been reduced, holding floodwater on site for longer, so finer gravels and sediment can be deposited, creating more beneficial habitat for a whole suite of species. We are already seeing high numbers of snipe feeding within the project area."

Fiona Knox, the North Pennines AONB Partnership's manager for the scheme, added: "It has been great to be part of this project from the start and to now see the beck make a natural route through the landscape and spill out into the surrounding fields. The new habitat created will be valuable for the wading birds on the reserve, and the plant and animal communities that support them."