A Sandwich Tern, hatched in Cumbria last year, has recently been photographed in South Africa, some 45 km east of Cape Town.

The bird was ringed at RSPB Hodbarrow, near Millom, on 28 June 2018. Bart Donato, Lead Advisor for Natural England in Cumbria – who ringed some of the tern chicks – said: "When I opened an email to find out that one of our Sandwich Terns, ring number C66, was in South Africa, I was blown away. It is a stretch of coast more often associated with Southern Right Whales, Great White Sharks and African Penguins!

"This bird was ringed right here in Cumbria on 28 June 2018 – it amazes me that the vulnerable little chicks we see at Hodbarrow go on to make these incredible journeys. Colour ringing has the advantage over conventional ringing in that you don’t need to recapture the birds or find them dead to learn about their lives – all you need is a pair of binoculars and a pen and paper or a camera to record the ring.

"When we started this project two years ago we knew nothing about where the terns went once they left the colony. Now thanks to previous reports from North Wales and now South Africa we are starting to build an understanding of their lives." 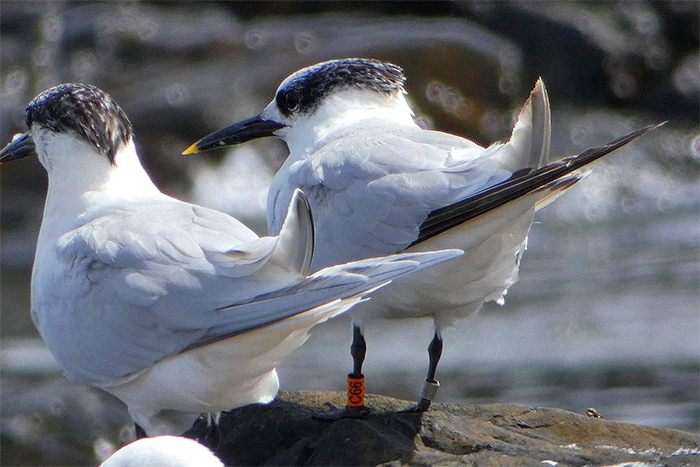 The RSPB, Natural England and Cumbria Wildlife Trust, who work in partnership with support from a team at Lancaster University, run the Sandwich Tern ringing schemes and have called for the public to keep an eye out for any returning birds in the coming weeks.

Cumbrian Sandwich Terns have orange or dark blue rings with a three-character code that starts with a 'C' followed by two digits. If they are spotted, then the information about where and when, and the ring number should be sent to Bart.Donato@naturalengland.org.uk. All sightings are valuable. 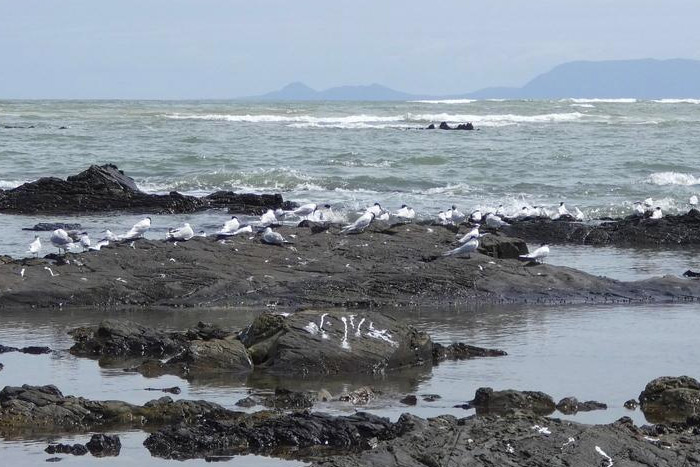 The tern was ringed in Cumbria during June of 2018 (Theuns Kruger).

Mhairi Maclauchlan, Warden at RSPB Hodbarrow, said: "In 2018 we had a record-breaking number of 1,950 pairs of Sandwich Terns at Hodbarrow and they raised 525 chicks. To get information about where some of them head to is fantastic as it helps us to not only identify their movements, but work with others on their conservation around the world.

"Generally tern populations, like many seabirds, are struggling. Their preference for nesting and resting on beaches means they often get disturbed by human recreation which reduces their chances of survival. And of course, their long migrations mean they are also susceptible to stormy weather and predation affecting them too, so any reports of them returning to the UK are very welcome."