As has been widely reported today, farmers in the northwest Highlands claim White-tailed Eagles have killed more than 200 lambs this year in and around Gairloch. Fifteen birds have been released back into the wild in the area this year by the RSPB and Scottish Natural Heritage. 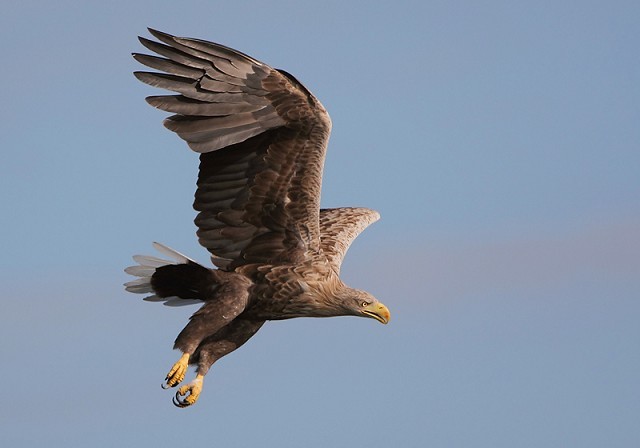 Crofters in Gairloch claim the two conservation groups are not taking their concerns seriously enough. William Fraser, chairman of Gairloch and Poolewe branch of the Crofting Foundation, believes these birds are directly to blame for the rise in sheep mortality.

Speaking to BBC Radio 4's Farming Today, he said: "This year has been particularly bad. The crofters know how many lambs they put out after lambing season and one woman has lost 50% of her animals. She actually saw a Sea Eagle lifting a lamb from her field and flying off with it. We've had lambs that have had their necks sliced, they then can't lift them and are found going round in circles." Mr Fraser went on, "We have been keeping lambs here for generations and if this is not sorted out, this could be the end. We feel they put the birds here without our consent and without asking our advice." 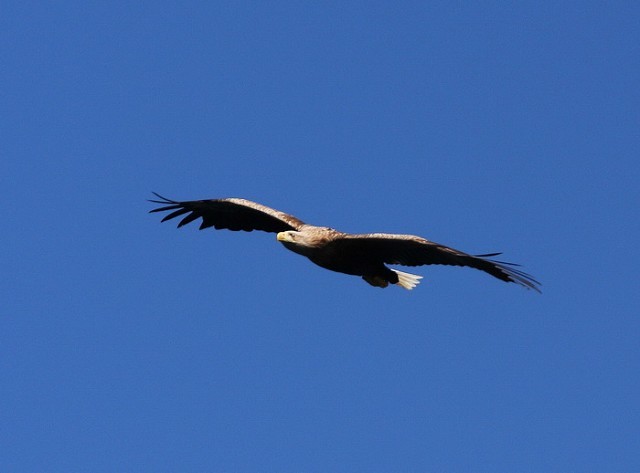 The RSPB examined one nest in the area which contained the remains of four lambs. But it pointed out there are only three breeding pairs of White-tailed Eagle in the Gairloch area, and it would therefore be highly unlikely the birds were responsible for the loss of all 200 lambs. In fact the majority of the carcases found in the nest were Fulmars.

The Scottish Government has produced a report on the impact of White-tailed Eagles on Sheep farming in Mull which is available to download here (283KB). The report makes interesting reading: it acknowledges that White-tailed Eagles do kill lambs, but given the overall mortality levels, the numbers taken by the birds are relatively low. It also gives some possible strategies to minimise predation.