Record numbers of chicks have hatched for the third year running, both in the wild and in predator-controlled sanctuaries. A total of 50 youngsters were produced from captive populations at the sanctuary sites, with a further 16 wild-bred juveniles in the Murchison Mountains. The 66 chicks hatched represents an unprecedented 40 per cent increase on the previous year's record of 47.

Takahe was once thought extinct, but numbers are growing all the time and the population reached a milestone 300 individuals last year. This is testament to the dedication and hard work of all involved in DOC's Takahe Recovery Programme. 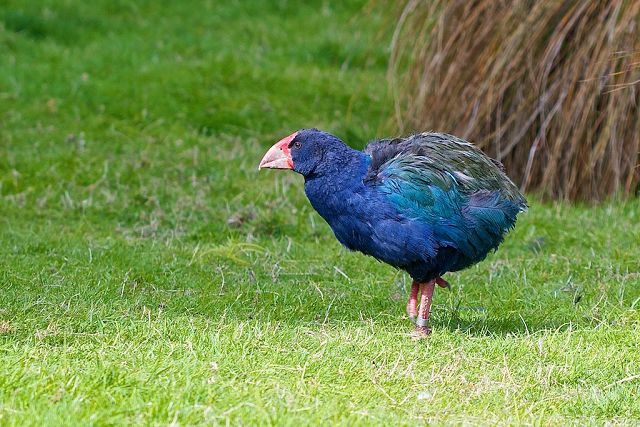 Twelve of this season's juveniles from Orokonui EcoSanctuary, Te Anau Wildlife Sanctuary, Cape Sanctuary and Mana and the Tiritiri Matangi islands will be transferred to the Burwood breeding centre in April. Here the young birds will learn vital skills, such as tussock feeding, from established birds.

The Programme's aim is to establish a second wild population on the mainland and the DOC hopes that, in a year's time, the dozen youngsters will be ready to be released in to the wild — either with the current wild birds in the Murchison Mountains or at an as-yet undetermined second site.

The Murchison birds are protected by New Zealand's largest stoat-trapping network. Every three months 2,500 traps are checked, cleared and reset — this an example of the remarkable dedication and effort required to help the government meet its ambitious goal to make New Zealand free of non-native predators by 2050.