Following observations in January 2018, Antioquia Brushfinch has been documented in the wild in Colombia for the first time since 1971.

The brushfinch, which was only formally described as a full species in 2007, based solely on old museum specimens, had eluded scientists until it was documented for the first time in almost 50 years.

The discovery was made by Rodolfo Correa Peña on 7 January, as he was walking to Sunday mass. Crucial photos were taken the same month and, since then, Colombian researchers have found additional birds in four patches of remnant habitat, all within the municipality of San Pedro de los Milagros – which translates to Saint Peter of Miracles – in the department of Antioquia. Fewer than 20 of the Critically Endangered passerines are thought to exist. 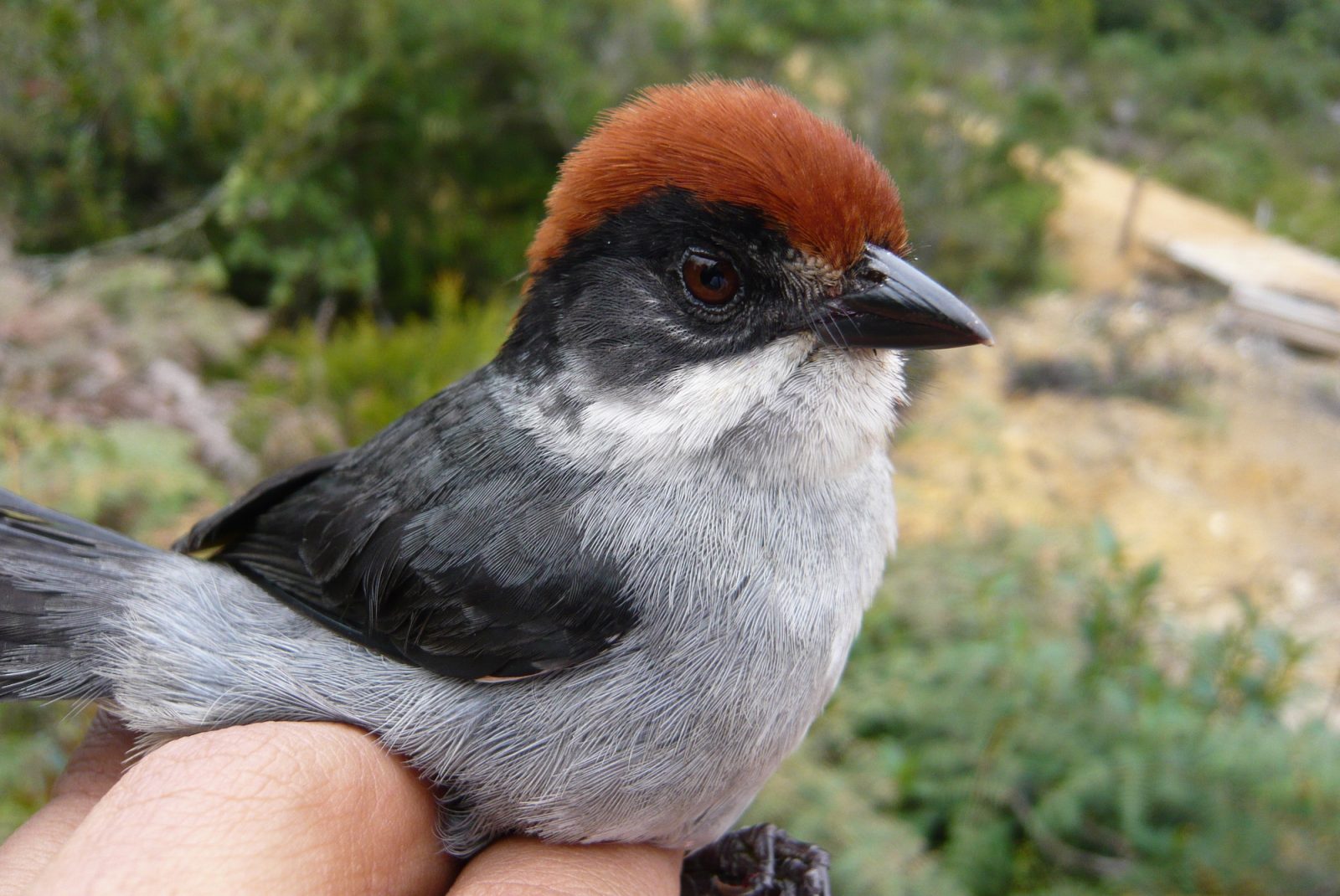 Since being described in 2007, no sightings of Antioquia Brushfinch had been received (Sergio Chaparro-Herrera).

Following a review of brushfinch specimens in South American and European collections in 2007, Antioquia Brushfinch was first described by ornithologist Thomas Donegan. Donegan noticed three specimens labelled from San Pedro de los Milagros and 'Antioquia' were marked as representing the widespread Slaty Brushfinch, but they looked different. Two of these specimens were undated, and one was collected in 1971. As a result of this discovery many searches were undertaken in the following 12 years, though none yielded results.

Wendy Willis, American Bird Conservancy's (ABC's) Deputy Director of International Programs, said: "Rodolfo Correa Peña's rediscovery of Antioquia Brushfinch – seeing it alive for the first time since it's been declared a distinct species – was a miracle. And he first spotted the brushfinch on his way to Sunday mass! It is also remarkable that this species occurs just outside the greater metropolitan area of Medellín, home to more than 3.7 million people, and that it has gone unnoticed until now."

American Bird Conservancy has supported the research team's efforts to find more populations of the brushfinch since October 2018, as part of a larger effort to rediscover and conserve lost birds. Additionally, the team is investigating the bird's breeding behaviour and the possible threat of nest parasitism by Shiny Cowbirds, which lay their eggs in other birds' nests, often to the detriment of the hosts' own young. Little habitat remains for the brushfinch, with 73 per cent of the land cover within the municipality of San Pedro de los Milagros converted to cattle pasture and remaining habitat under severe threat. While four populations of this species have been identified, fewer than 20 individual birds have been found so far.

Daniel Lebbin, ABC's Vice President of Threatened Species, said: "Despite the challenges, American Bird Conservancy is quite optimistic that the Antioquia Brushfinch can be saved from extinction. Colombian researchers now know what kind of habitat to search and are continuing to find more birds. This brushfinch species is persisting in fairly small patches of low scrub close to people.

"Opportunities to protect remaining habitat patches as new reserves and to quickly restore working lands using silvipasture techniques [combining trees, forage, and livestock] hold great potential to benefit this species, but action must be taken quickly. Jocotoco Foundation, ABC's partner in Ecuador, proved that we could bring back tiny populations of the imperilled Pale-headed Brushfinch through protection and management."