Cranes fledge young on Suffolk coast for the first time

Two Common Cranes have become the first-ever recorded pair to fledge young on the Suffolk coast.

The RSPB said the birds successfully raised two chicks at its relatively new Snape Wetlands reserve. It said it was a great achievement and it hoped it "kick-starts" the population of cranes in the area. 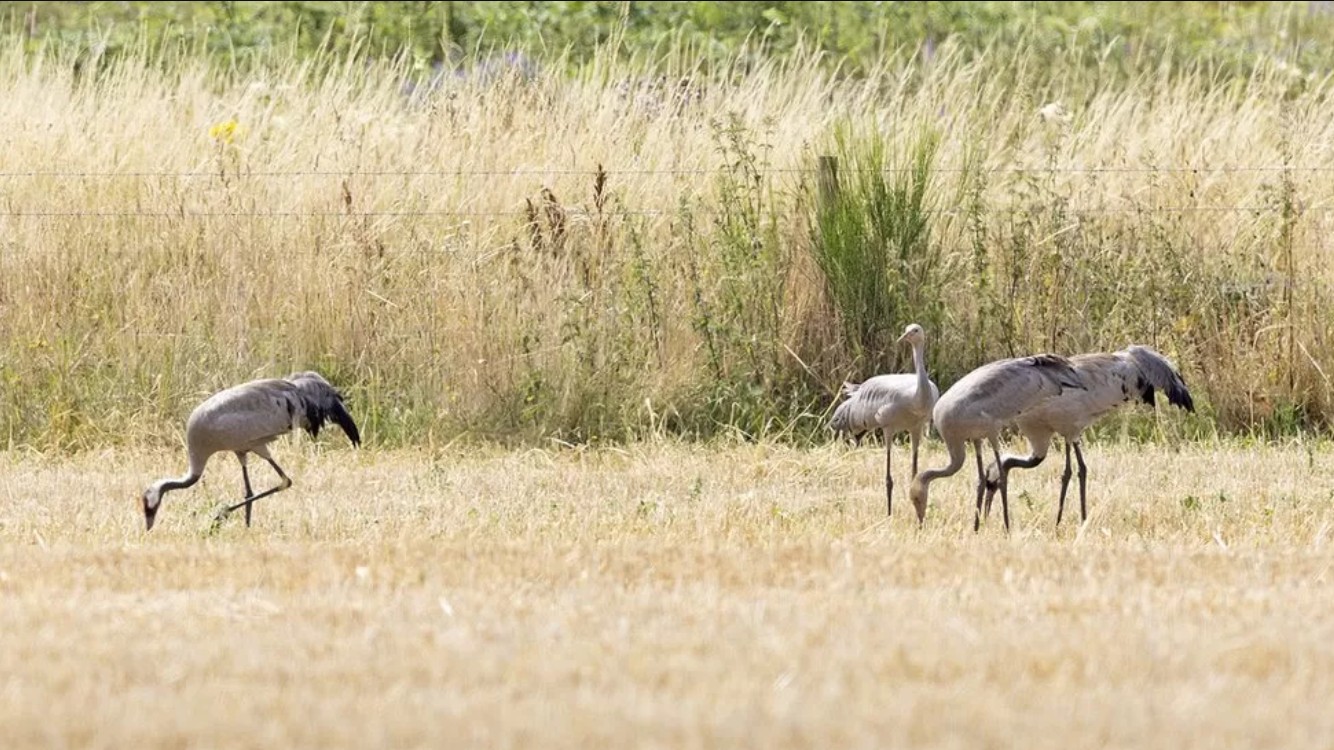 Common Crane is a rare breeder in Britain, with a modern record of 72 pairs nesting in 2021. Originally returning to the Norfolk Broads in 1979, numbers of the bird are steadily increasing with other populations found in South Yorkshire, the Fens and, with assistance of an introduction project, the Somerset Levels and Moors. The species bred in Oxfordshire for the first time in 500 years in 2021, while Lincolnshire's first pair for 400 years began nesting in 2020.

RSPB site manager Aaron Howe said: "To have cranes successfully breed and fledge on the Suffolk coast for the first time, and for it to be on our relatively new Snape Wetlands reserve, is a great achievement. We hope this kick-starts the population of cranes on the Suffolk coast and they become more widespread within the area of outstanding natural beauty."

He said the cranes fledged the nest in August, but because the birds were "very susceptible to disturbance by people", they had waited until the family left the site for the winter "before shouting about how amazing this moment is".

Work to convert the 82-ha grassland near Snape Maltings into wetland and reedbed started in 2008 and was completed in 2014. As part of the scheme, ponds and pools were excavated, and water levels were controlled to sculpt and create the wetland. The RSPB said it would continue to manage the wetlands to encourage more cranes to breed on the site.