A £10-billion offshore renewable energy development on the Firths of Forth and Tay has been allowed to proceed after a court ruling.

The Scottish Inner House of the Court of Session dismissed a previous judgement which upheld RSPB Scotland’s objection that Scottish Government Ministers had erred when approving planning permission for the three huge offshore wind farms. 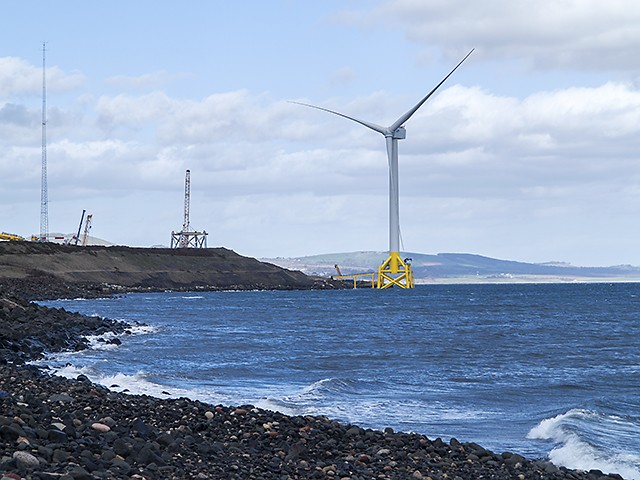 The developer of the £2-billion Neart Na Gaoithe wind farm in the outer Forth estuary, Mainstream Renewable Power, said it now intended moving quickly towards construction.

Content continues after advertisements
Stuart Housden, Director of RSPB Scotland, issued a statement on the judgement, saying that it was "hugely disappointed by today's Inner House judgement. While we fully support deployment of renewable energy, this must not be at any cost. Combined, these four huge projects threaten to kill thousands of Scotland's internationally protected seabirds every year, including thousands of Puffins, Northern Gannets and Kittiwakes.

"These could be among the most deadly wind farms for birds anywhere in the world. It was with great reluctance and as a last resort, but in these circumstances it was clear that RSPB Scotland had to make a stand. While we are deeply disappointed with today’s decision given the huge threat to Scotland’s wildlife from these projects, we do not regret our actions so far. We will now need to take some time to consider this judgement in detail and consider its wider implications before commenting further.”

Unfortunately, despite a number of changes, the projects were still predicted to have the potential to kill tens of thousands of seabirds over their lifetimes when they were consented to in October 2014. Having explored all other options, RSPB Scotland initiated a legal challenge in January 2015. It was initially successful in the Outer House of the Court of Session but Scottish Ministers decided to appeal. The decision on that appeal to the Inner House of the Court of Session is what was announced today.

Climate change is a major threat to birds and wildlife and RSPB Scotland is therefore a major supporter of renewable energy, including offshore renewables. When good projects come forward that do not threaten wildlife, it says it is happy to support them, but that developments must be sited to minimise impacts on the natural environment.