A football club has installed models of birds of prey in a bid to prevent corvids digging holes in its new pitch.

League One Lincoln City bought the plastic decoys after other measures failed to deter the birds from burying food they found on the terraces in the turf. Head groundsman Craig Housley posted pictures of the damage on social media and asked for advice – he has since said the two fake raptors seemed to be working. 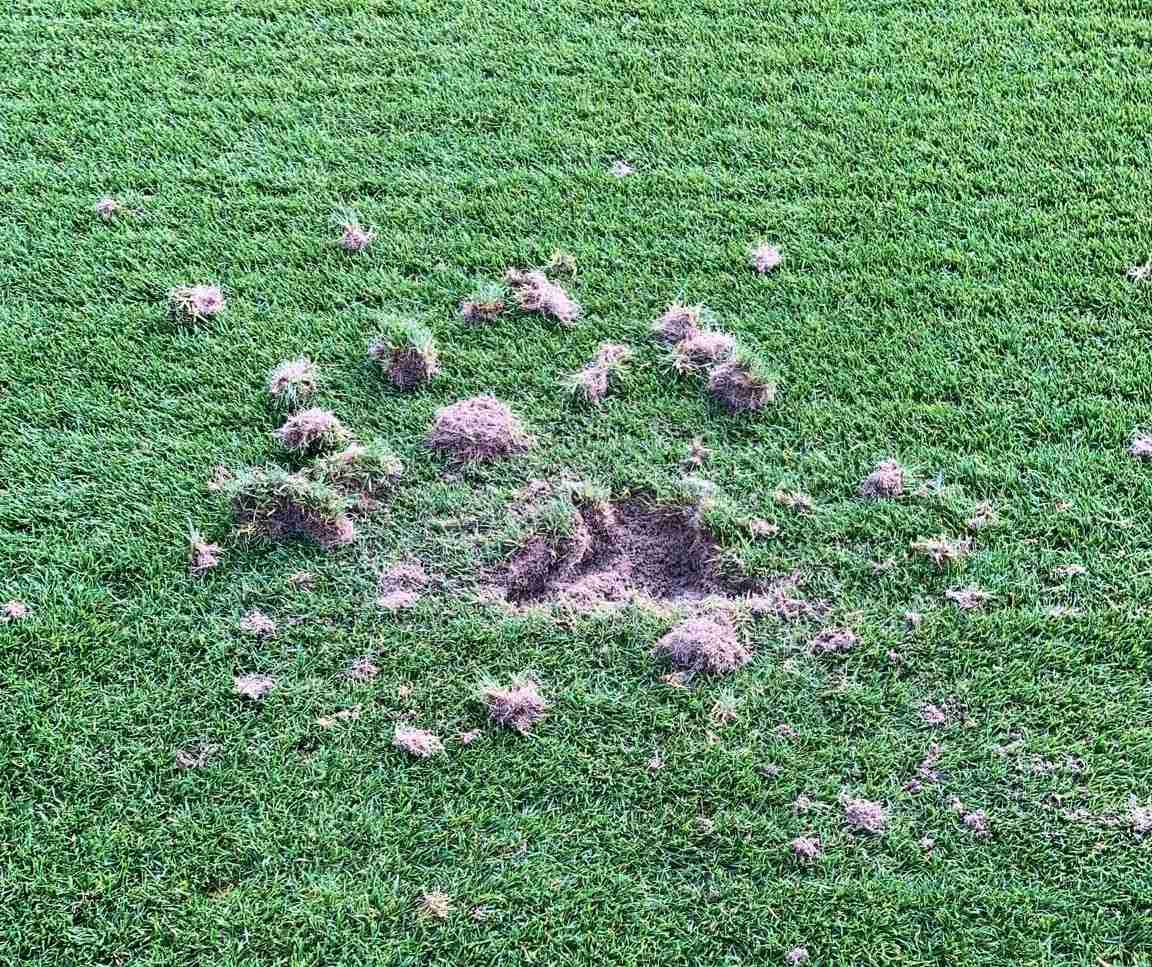 Corvids have been digging up the turf at Lincoln City's Sincil Bank stadium (Craig Housely via Twitter).

"Basically after the games the stands aren't cleaned down straight away," he said. "Unfortunately, the crows like to go into the stands at the very end of the game and pick out their favourite sausage roll and burger pieces, go on to the pitch and bury it for later on when they feel a little bit peckish.

"We've got a fake owl and a fake eagle, and at the minute they seem to be doing their job, and no birds on the pitch at the moment."

The club had renovated the Sincil Bank playing surface over the summer with improved drainage and extra equipment to preserve the pitch during the season.