Cornwall's Choughs have had a record-breaking breeding season, according to the Cornwall Bird Watching and Preservation Society (CBWPS).

Although the population has been steadily rising since birds first arrived from Ireland two decades ago, this year's increase has been described as "exceptional".

This summer saw 23 pairs of Chough bred successfully in Cornwall, raising a record 66 young, suggesting that the county is well on its way to holding a resilient and nationally important population of the rare corvid. 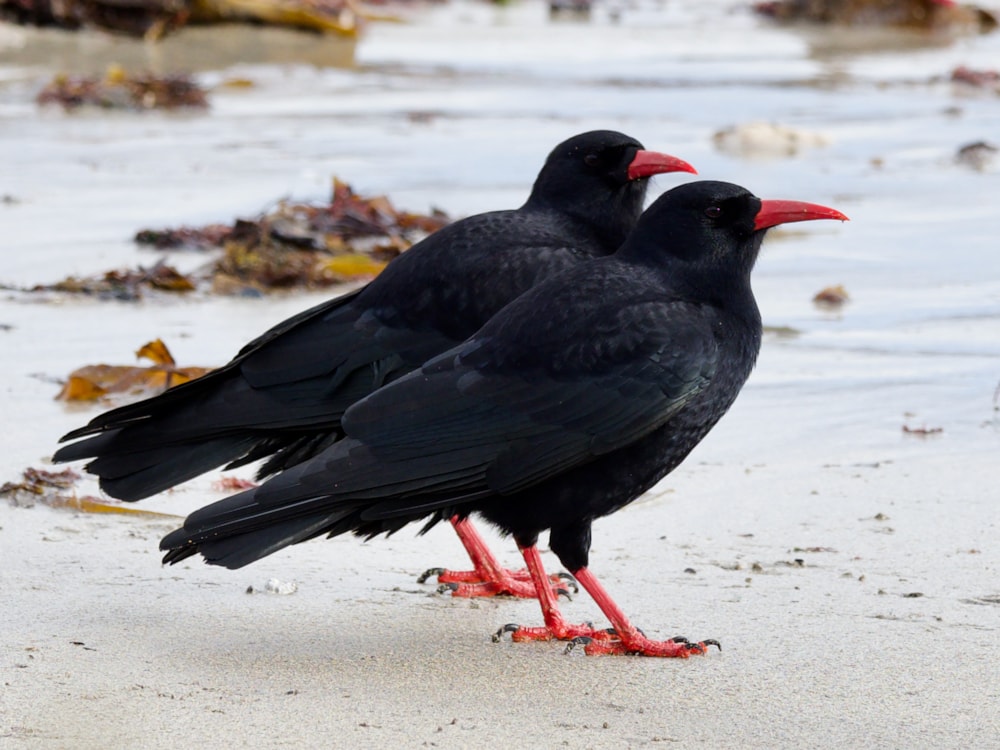 A total of 66 Choughs fledged in Cornwall this summer – a record since the species recolonised the county two decades ago (Dan Brown).

Decades of close partnership between conservation charities, including the RSPB, and local farmers and land managers, as well as vital funding from Natural England and many hours of efforts from volunteers, has made Cornish Choughs the success story it is today.

Kate Evans, National Trust Senior Visitor Experience Officer, said: "We are thrilled to see numbers of Cornish chough increase year on year. It's with thanks to the passionate volunteers, who give their time and who are dedicated to monitoring Choughs, that we are able to build a picture of this growing chough population."

Jenny Parker, RSPB Cornwall Reserves Warden, added: "We want to thank everyone involved in surveying and providing the conditions for Chough to flourish. Our volunteers play a pivotal role locating and verifying Chough nest sites every spring and all around the Cornish coast. This information is then relayed to landowners, who with our help and guidance can help Chough thrive."

CBWPS is asking the public to submit all Chough sightings in Cornwall to the organisation via email.