An impressive five different species of large waterbird, some more commonly seen in the Mediterranean, are present at the RSPB's Burton Mere Wetlands, Cheshire, this spring and are showing positive signs of breeding.

Burton Mere Wetlands is well known for its breeding colonies of Grey Heron and Little Egret, but this year single pairs of Western Cattle Egret, Great Egret and Eurasian Spoonbill have also been observed, with the birds having been watched carrying nesting material into the colony in recent days.

Western Cattle Egret famously bred at the reserve in 2017 and reserve staff are thrilled to see a pair back this year after a blank year in 2018. However, this represents the first nesting attempt for both Great Egret and Eurasian Spoonbill on site. 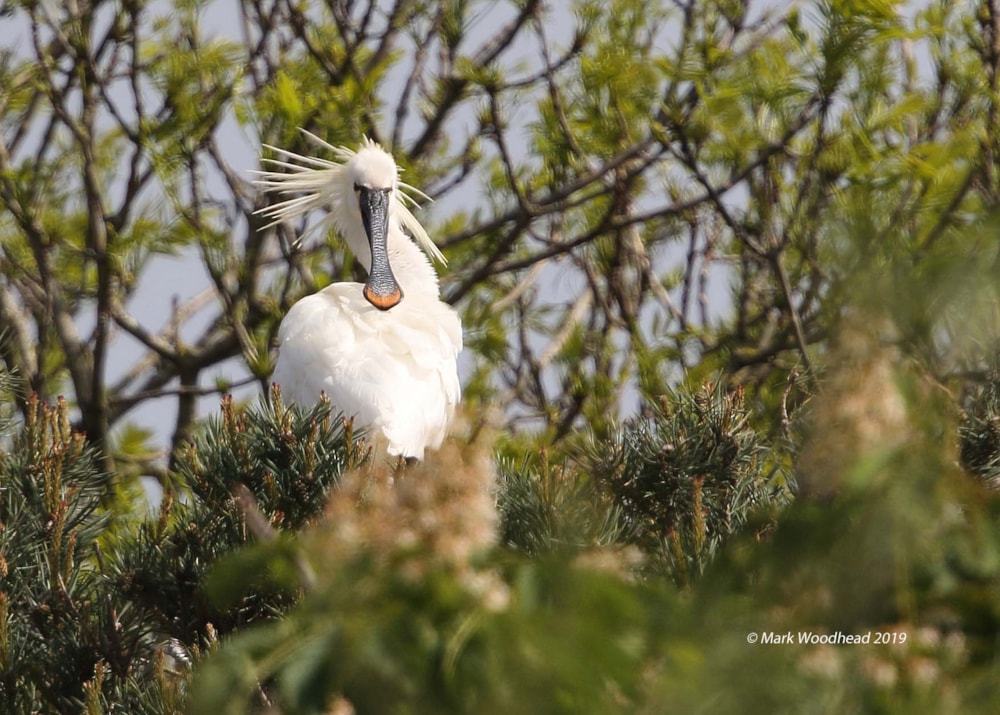 One of the adult Eurasian Spoonbills shows off its breeding plumes at the Burton Mere Wetlands heron colony (Mark Woodhead).

Graham Jones, Site Manager at RSPB Burton Mere Wetlands said: "It is absolutely staggering to see five different heron species making their home here. Grey Herons nest here each year, but Little Egrets only colonised the UK in the late 1980s and have been breeding here since 2005. For them to now be joined by the much rarer [Western] Cattle Egrets, Great Egrets and [Eurasian] Spoonbills is even more astonishing. They're usually more at home breeding in the Mediterranean, so we've been dubbed the 'Costa del Dee' by some visitors, who are enjoying seeing the birds from a special watchpoint that we have created to allow for better views. If the birds all breed it will be extraordinary and cause for additional celebration in our anniversary year."

The RSPB is celebrating its 40th anniversary on the Dee Estuary this year, having secured its first reserve at Parkgate back in 1979, creating a protected area for tens of thousands of birds. Since then land holdings have expanded significantly to both sides of the border, with Burton Mere Wetlands being the most recent addition in 2011. The whole area is over 6,000 football pitches in size, making the Dee Estuary nature reserve the fifth largest RSPB site in the country. 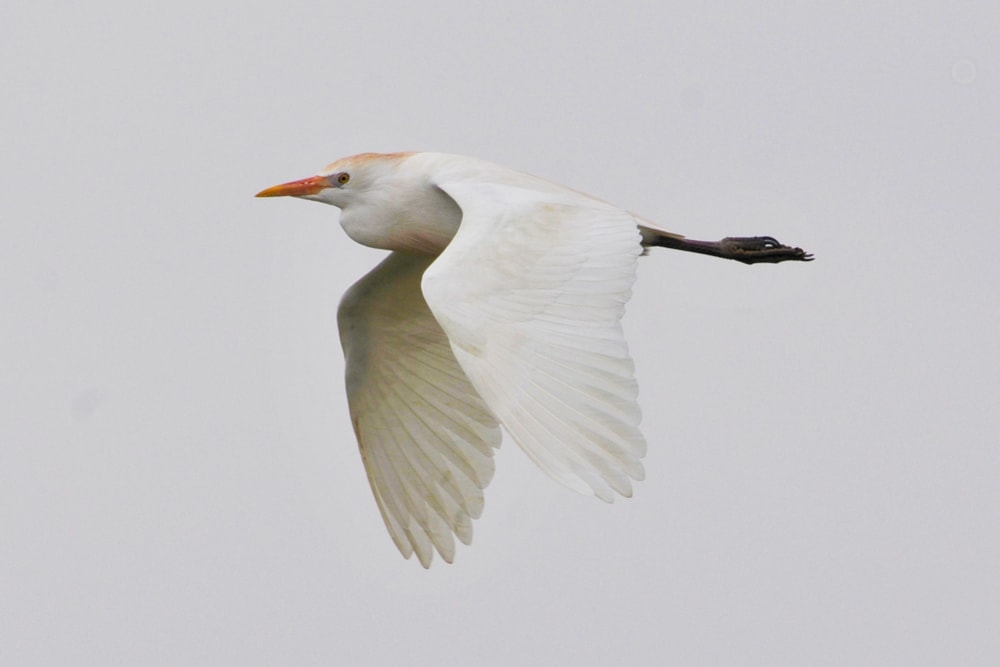 Western Cattle Egret is set to breed on the reserve for the second time, having originally nested in 2017 (Ed Stubbs).

Graham added: "I grew up on the Wirral and started coming to Parkgate in the 1980s as a teenager to watch the birds thrive on the marsh. Back then it was inconceivable that Little Egrets would live here, let alone that we would be seeing the even more unusual species. We've also got at least 10 pairs of Mediterranean Gull nesting too, so it truly is like being on holiday, and testament to the hard work and dedication carried out here for the last four decades."

Over the past 40 years, the RSPB's work on the Dee Estuary has created valuable spaces for birds and other wildlife, and the organisation has undertaken extensive land management to support a variety of species to nest. Important conservation work by the charity further down the west coast at sites such as Ham Wall, Somerset, where Western Cattle and Great Egrets have bred in the past few years, has also paved the way for these species to move northward and make their home on the Dee. 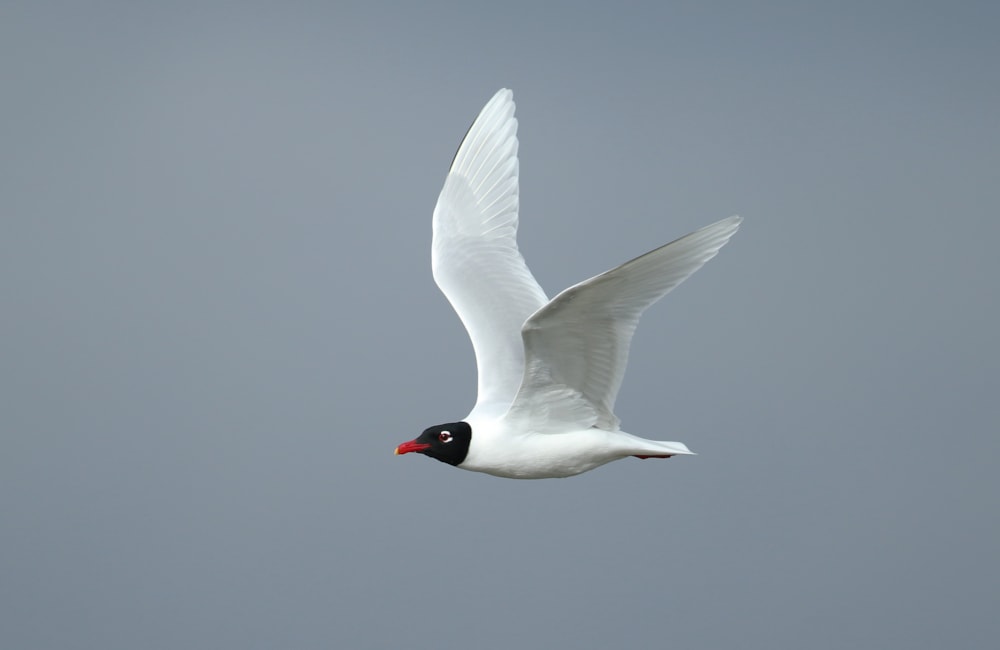