Native birds, plants and insects are returning to areas of New Zealand in which they haven't been seen for years, following conservation efforts by the Aongatete Forest Project, south of Katikati in the Western Bay of Plenty, North Island. Ann Graeme, a volunteer at the project has some inspiring stories of how wildlife has returned after community conservation for a different species, an effect known as the ‘Lazarus Effect’, or how to protect one species and resurrect a whole forest.

“It rained in the night. My pack is heavy with rat bait and I am following East 5, a bait line marked with pink ribbon, through the forest. Up, down, up the bank. It’s steep and slippery, and I pull myself higher, clutching the tree trunks. There’s the bait station. I open it, pull out the wire, slip on the baits, close the lid and look about for the next station. It’s far below, its pink ribbon fluttering.

“I’m tired, wet and muddy, and I can’t help thinking: “Is it worth it? Am I doing any good?” Then, as I put my hand on a fallen log to heave myself over, I see an insect. Not just any old insect, but an amazing and bizarre one: a Giraffe Weevil. It looks at me with its beady eyes and waves the little antennae at the tip of its ridiculously long snout. Those antennae show it is a male, as female Giraffe Weevils sensibly have their antennae further along the snout, out of the way for digging.

Rat control has given the Giraffe Weevil a better chance of survival in New Zealand (Steve Reekie/Forest & Bird).

“Giraffe Weevils are not rare, but they do make crunchy mouthfuls for a rat. This weevil, brazenly clambering over a rotten log, confirms my hope that our rat control is effective and that the bait I am carrying is giving the native plants and animals a better chance of survival.

“Yes, it is worth it, this work, month after month, by hundreds of local volunteers in dozens of forest restoration projects. As the pests are driven back, seeds sprout, shoots appear, and birds, lizards and invertebrates can emerge from the shadows. Here are some of their stories.

“More than 25 years ago, landowners on the Russell Peninsula in Northland engaged Laurence Gordon to protect the North Island Brown Kiwis living on their properties. Kiwis flourished under his pest-control regime, and since the turn of the century his work has been enhanced and extended by the Russell Kiwi Protection Trust, an initiative of Russell Landcare Trust. Now there are more than 500 kiwis on the peninsula, and birds can be heard calling in the township of Russell.

“And it wasn’t only the kiwi which benefited from pest control. To the residents’ delight, they began to note Tomtits, which hadn’t been seen for decades. These little birds can rear their chicks more safely now there are fewer rats, Stoats and possums to raid their nests. 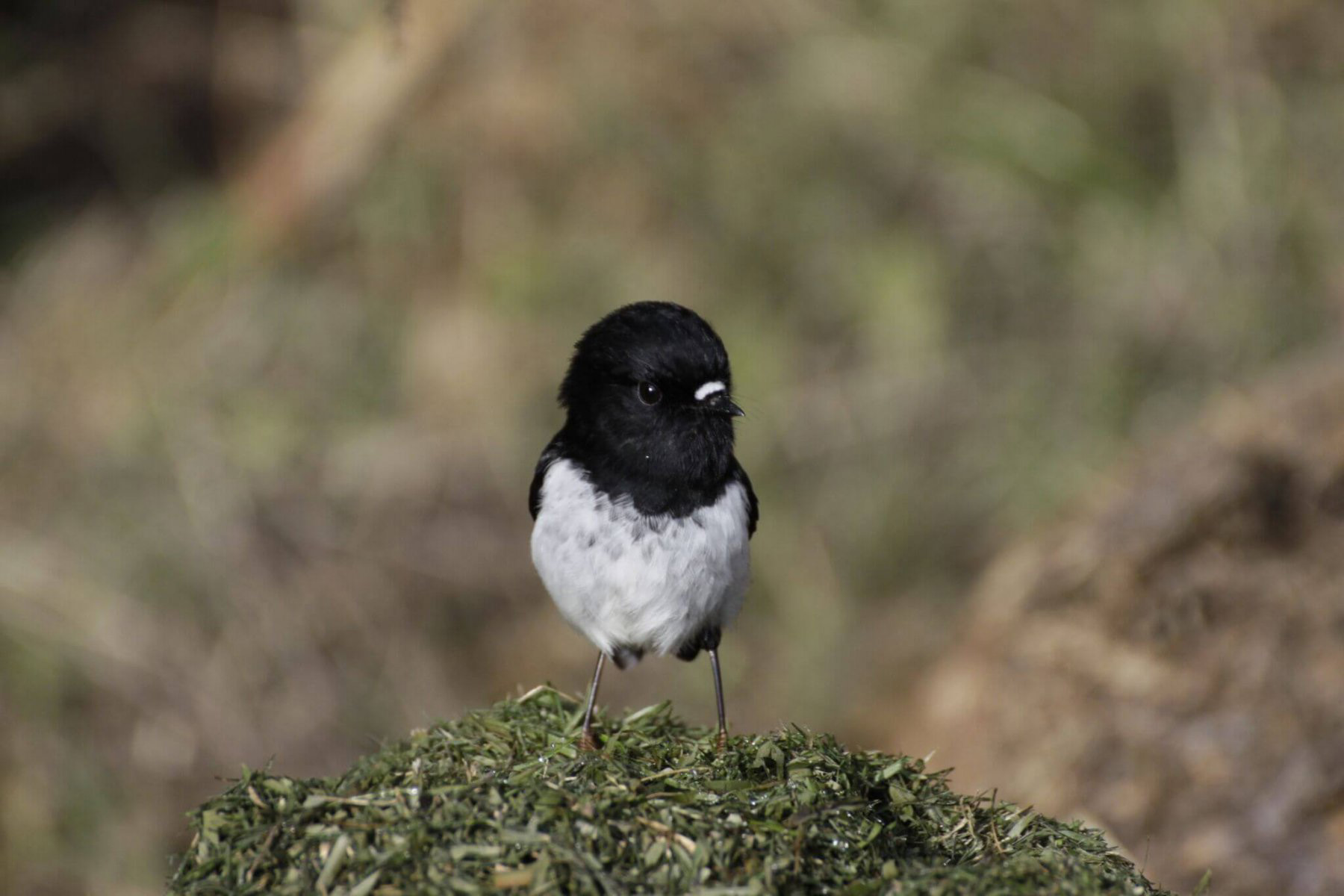 Tomtits reappeared in the Russell Peninsula after not being seen for decades (Philip Disberry/Forest & Bird).

“In 1995, Weka (classed as vulnerable to extinction) were released on the peninsula. They were captive-bred birds reared by Forest and Bird members. They too have prospered and now number several thousand, and these are only the tip of the iceberg. No doubt a host of other unseen and unnoticed native animals are flourishing thanks to the pest control intended to help kiwis. 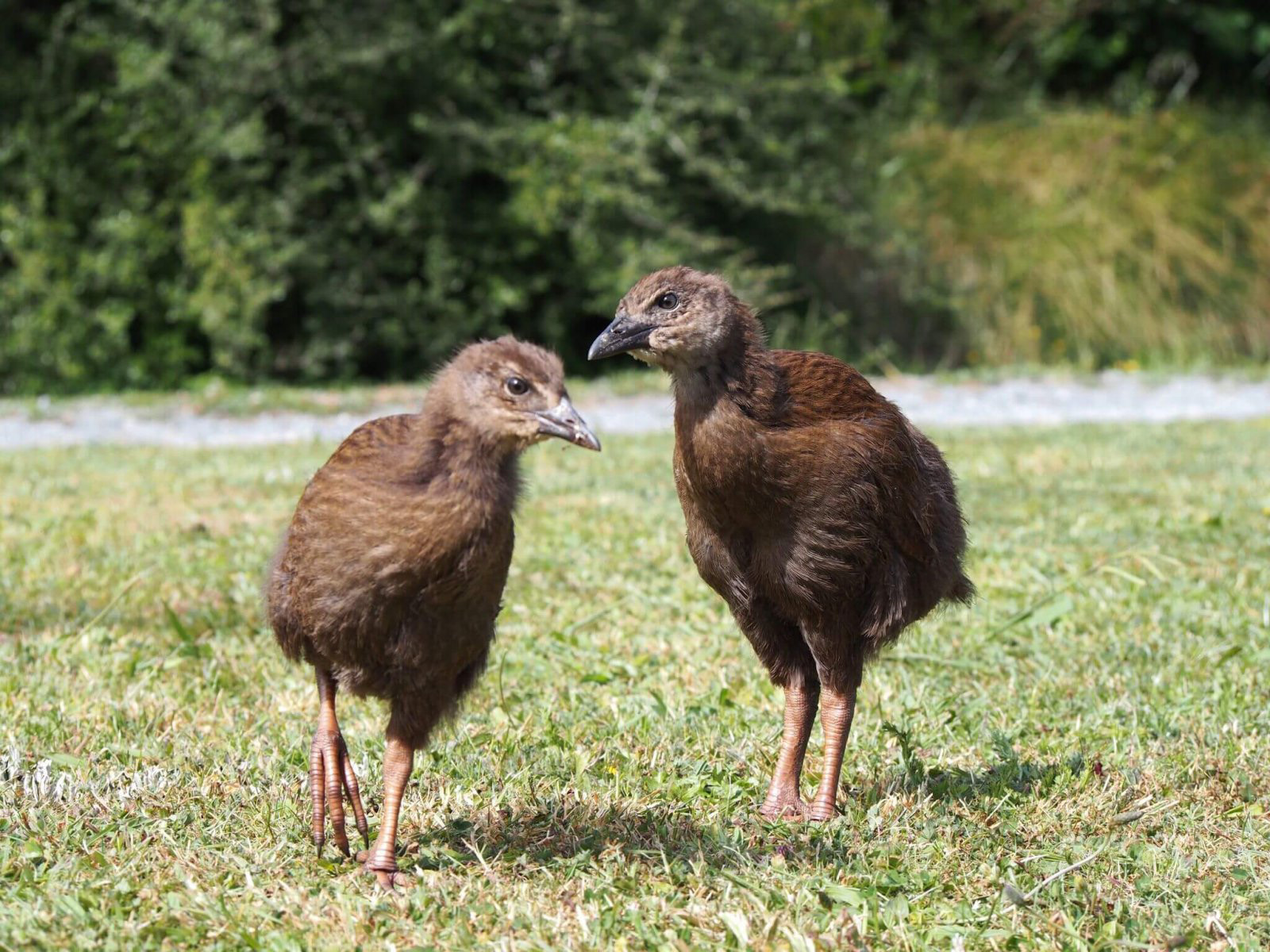 “Like Tomtit, Rifleman is vulnerable to nest-raiding predators. The species had not been recorded in the Kaimai Range, west of Tauranga, but seven years after pest control began in nearby Aongatete, Riflemen turned up in the forest there. A few birds must have been surviving all along, and now pest control has allowed them to breed and multiply.

“Riflemen too are being seen again in the Talbot forest of South Canterbury, and so are Tui. That is thanks to the volunteer efforts of the Talbot Forest Working Group. In Wellington, residents may be lucky enough to enjoy a visiting New Zealand Kaka (Endangered), a bird unseen in the city in living memory. They are flying from Zealandia, that pest-free jewel in suburban Karori. 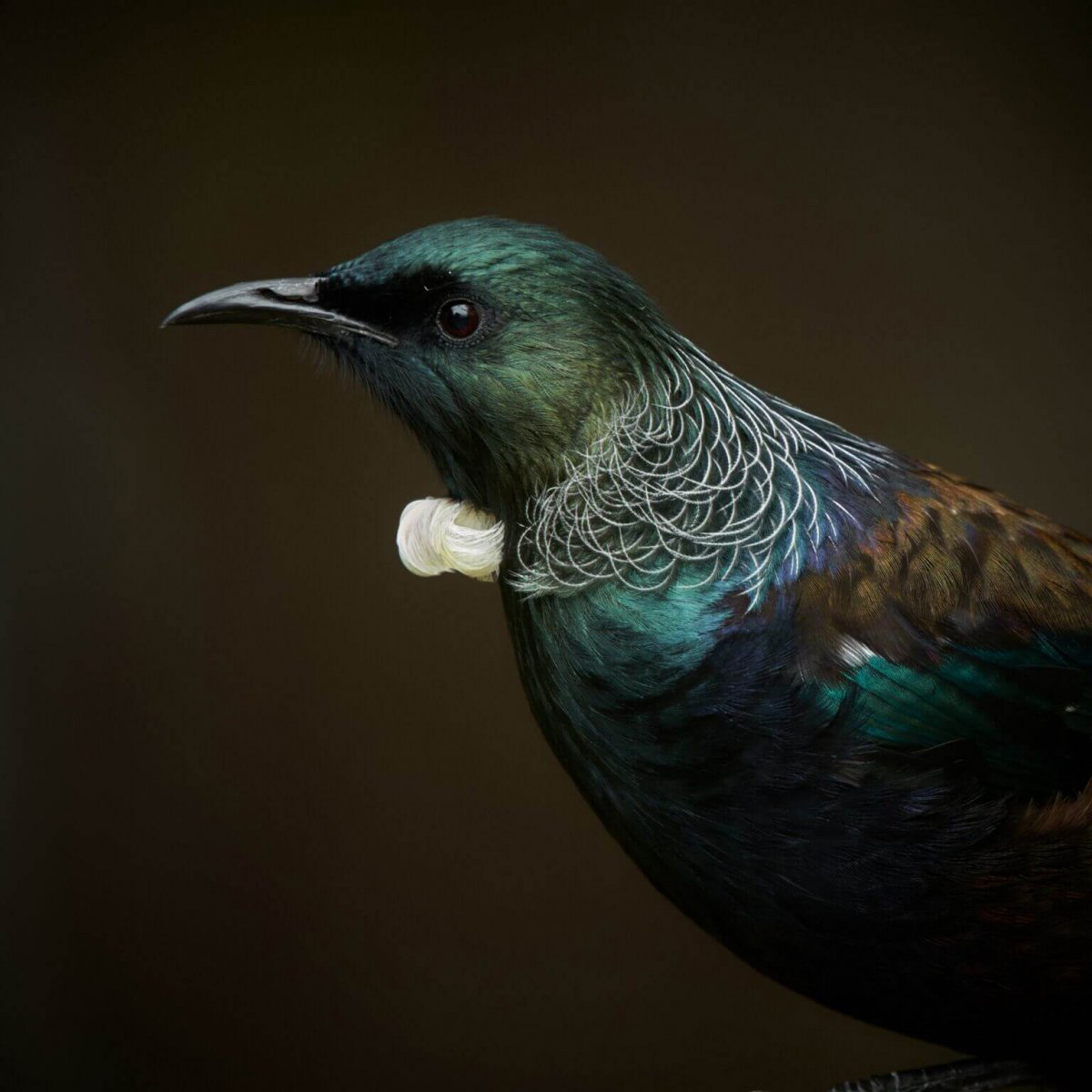 Tui are being seen once again in the Talbot forest of South Canterbury (Craig McKenzie/Forest & Bird).

“Not every pest-control and restoration project will see the resurrection of a charismatic species, but every project will enjoy more subtle signs, such as the Clematis flowers that, thanks to volunteer possum control, now delight people driving from Mangawhai to Langs Beach.

“Every pest we kill means fewer leaves or eggs or beetles are eaten, and more flowers, New Zealand Fantails and insects thrive. As well as these visible signs, the consequences of a healthy forest mean less erosion, clean water in the streams and a greater store of carbon, the ultimate gift in a warming world.”