The visionary Norfolk conservationist Bill Makins has died at the age of 90.

He was a farmer who created the flagship conservation site that became Pensthorpe Natural Park, taking advantage of one million tonnes of gravel extraction in the 1980s to create a haven for wild birds and his collection of rare wildfowl and waders.

This followed time spent in Kenya in the 1960s, where he learned about keeping birds and mammals. His interest in breeding rare wildfowl took him around the world, bringing home rare ducks and geese from North America, Chile and Iceland.

The then 80-ha reserve was opened by the Duke of Edinburgh in July 1988. By the time Mr Makins sold it to its current owners, Bill and Deb Jordan, in 2003, Pensthorpe helped launch the careers of Chelsea Flower Show winning gardener Piet Oudolf, Spanish conservationist Beltrán de Ceballos, and several artists. 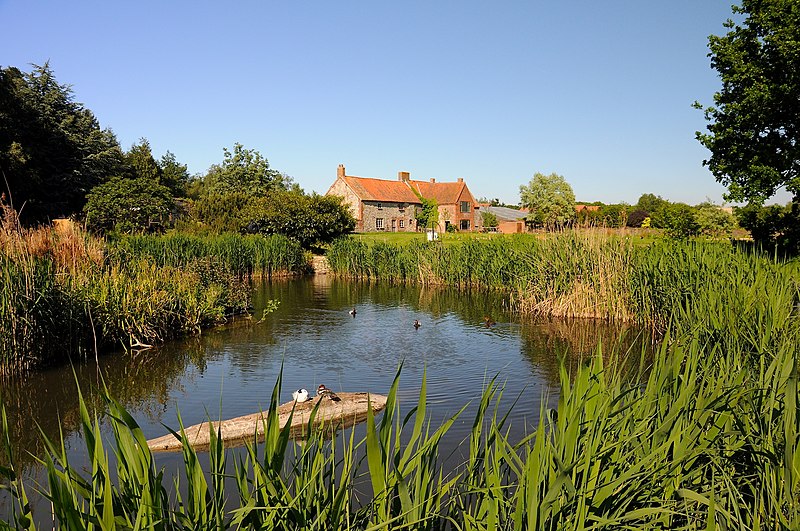 Pensthorpe Natural Park is one of Norfolk's top attractions, and a flagship conservation site

Mrs Jordan said: "From the first moment we met Bill we were all drawn in by his passion, enthusiasm and love of the birds and wildlife here. Bill was incredibly 'hands on', kind and patient when we were learning the ropes from him. It was always a  pleasure to find him weeding happily in his beloved Millennium Garden and his knowledge of the plants was encyclopaedic."

The 1-ha Millennium Garden was created when plans for an aviary and aquarium for captive Puffins were refused funding.

Mr Makins and his wife Francesca continued to live in the hall at Pensthorpe until 2012, when they moved near North Elmham.

His passion for conservation never dwindled and he was one of three trustees to launch the Turtle Dove Trust in December 2021. The charity aims to reverse the decline of one of Mr Makins' favourite birds, partly through a captive breeding and release programme.

Mrs Makins said of her husband, "He was a remarkable man. I can honestly say he has left two wonderful legacies, Pensthorpe and the Turtle Dove Trust."

A celebration of the life of Bill Makins will take place in early September. Anyone wishing to make a donation to the Turtle Dove Trust in his memory can do so on the charity's website, turtledovetrust.org.uk.