The Wildlife Trusts said people must be prepared to see nature reserves change in the future. The organisation cited land management work that had already taken place at Cley Marshes and Hickling in Norfolk.

"A concerted effort is required to create more space for nature everywhere," said the charity. The first Changing Nature report outlined the risks that climate change posed for the charities' land and dependent wildlife. 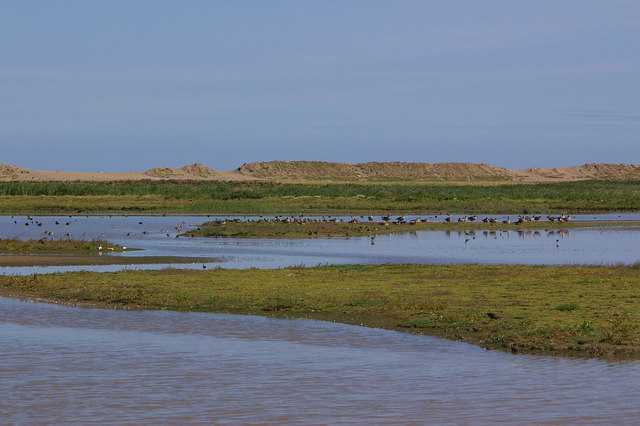 Cley Marshes has been protected from sea level rises while inland habitats freshwater are created for wildlife to head to (flickr.com).

The research has predicted that in 30 years almost all its 2,700 sites, run by county-based wildlife trusts, would see temperatures rise by 1°C on hot summer days. Additionally, half of the reserves would be exposed to more than 30 days a year of very high fire risk, while more than half would see local river flows drop by more than 30% at times.

Kathryn Brown, spokeswoman from The Wildlife Trusts, said: "Climate change is contributing more and more to nature's decline with devastating consequences for people and wildlife. We are already stepping up our efforts to restore habitats."

She added that society needed to join together to find solutions to help animals and their habitats.

Norfolk Wildlife Trust said extreme weather had affected many of its reserves. Seawater flooding had threatened freshwater habitats along coastal reserves and The Broads, while droughts were also putting some of these freshwater environments at risk.

However, in Norfolk there had been two examples of solutions to adapt to changes. Part of the coastline, including nature havens Cley and Salthouse Marshes, had been undergoing "managed realignment".

Norfolk Wildlife Trust and the Environment Agency had been working to protect the freshwater habitats to allow wildlife more time to adapt and move. New wetlands had been built inland to compensate for the loss of freshwater land, such as at Hickling National Nature Reserve, where flood defences were moved to help restore natural floodplains for some of the most threatened species.

"Here in Norfolk the changing climate is going to have a significant impact on the fortunes of our most vulnerable wildlife. If sea levels rise as predicted, our iconic Norfolk coast and Broads landscapes and the wildlife they support are under threat."