Naturalist, conservationist and TV presenter – and Hen Harrier champion – Chris Packham will be this year’s host for the Nature of Scotland Awards ceremony in November, RSPB Scotland has announced.

The finalists were announced at a reception in the Scottish Parliament on 12 August, with Red Squirrels, Puffins, river regeneration and rare plants among the projects to make the cut. The event was hosted by Claudia Beamish MSP.

The judges were overwhelmed by the huge range of nominations across the length and breadth of the country, RSPB Scotland said. After tough deliberations, however, a shortlist of entries was identified, each of which will now be in the running to take home one of eight top prizes. The shortlist represents a cross section of businesses, charities, the public sector and individuals working toward conserving the country’s unique wildlife and natural environment.

Winners will be announced at a special a black tie gala at the Sheraton Grand Hotel, Edinburgh, on 20 November. Chris Packham said: “I am absolutely delighted to be hosting the RSPB’s Nature of Scotland Awards this year. Scotland is home to a fantastic wealth of wildlife and habitats that we need to invest our time and energy in for future generations.

“That’s why it’s so encouraging to see such a wide range of projects being shortlisted for an award this year, from people who are truly passionate about conserving nature. The judges are going to have a tough time picking out the eventual winners but I look forward to being there to congratulate them on their achievement in November.” 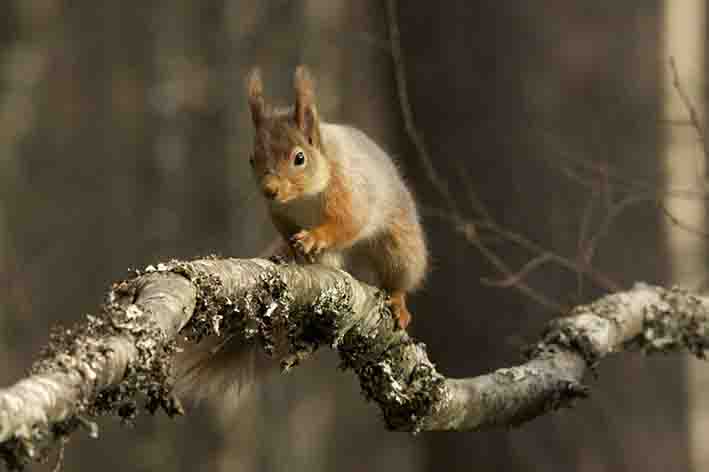 The Return of Aberdeen's Red Squirrels project is up for the RSPB Species Champion Award.
Photo courtesy of RSPB Scotland.

The shortlist in full

Politician of the Year Award