Chief Executive knighted for his services to conservation 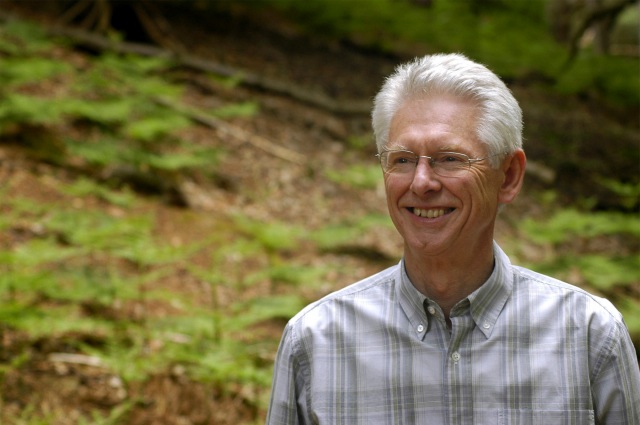 Within both the RSPB and the corridors of power, Sir Graham's vision for spotting the right course of action, and a steely determination to get the job done, have earned him huge respect. These qualities have been recognised through invitations to join many forums looking at the future of the environment, from the Policy Commission for the Future of Food and Farming, set up under Sir Don Curry in the wake of the foot-and-mouth outbreak in 2001, to the Adaptation Committee on Climate Change.

For 120 years the RSPB has championed bird conservation in the UK. During Sir Graham's time at the helm, the Society has been swift to engage with emerging threats, such as climate change, albatross bycatch and rainforest destruction. Over the past 11 years, the RSPB has been at the forefront of many conservation successes, including the continued re-establishment of Red Kites and White-tailed Eagles and the growth in the populations of threatened species, such as the Bittern, Stone Curlew, Cirl Bunting and Avocet — the Society's logo.

However, Sir Graham is the first to recognise the enormity of the challenges that lie ahead. He said: "I feel immensely honoured by this award, which I could not have achieved without the support of our million-strong membership and the drive of dedicated staff and volunteers. However, with the scale of the environmental challenges ahead towering over us all, there is little time to pause for thought. With many species predicted to be committed to extinction because of climate change, we must continue to rise to the challenge of giving wildlife a secure future."

Although alert to the need to engage with new emerging threats, Sir Graham has been strongly committed to build on the RSPB's heritage of managing land directly for the conservation of nature. Since 1998, the Society's portfolio has increased by over one third to 206 nature reserves, including new major sites close to cities, such as Rainham Marshes on the Thames Estuary within the M25. A visionary when it comes to land management, Sir Graham has personally driven the restoration of some of the wildest landscapes in Britain, including the widespread removal of non-native conifers from vast tracts of the Flow Country and the re-creation of oases of wetland habitat within the footprint of the original East Anglian fens and the Somerset Levels.

Sir Graham began his career with the RSPB in 1987 as Director of Nature Reserves, before moving on to become Director of Conservation in 1990, and Chief Executive in 1998. He and his wife Janet live in Royston, Hertfordshire.