Champions of the Flyway: Help us raise funds to protect migrant birds

A major new event supporting BirdLife International's work to stop the illegal slaughter of birds in Europe launches this spring with the first-ever Champions of the Flyway, a sponsored bird race in which entrants compete to record the most species in 24 hours and raise vital funds for conservation. A joint BirdGuides and Birdwatch team, the Roadrunners, is taking part — and it needs your support.

The event takes place in Eilat, Israel, on the Eastern Mediterranean Flyway. Millions of migrating birds use this route between African wintering grounds and Eurasian breeding quarters each spring and autumn, but illegal hunting and trapping are major issues on some stretches of the flyway. BirdLife is doing its best to combat this often large-scale illegal killing, but it needs funds to do so and aims to raise them through this major new initiative. 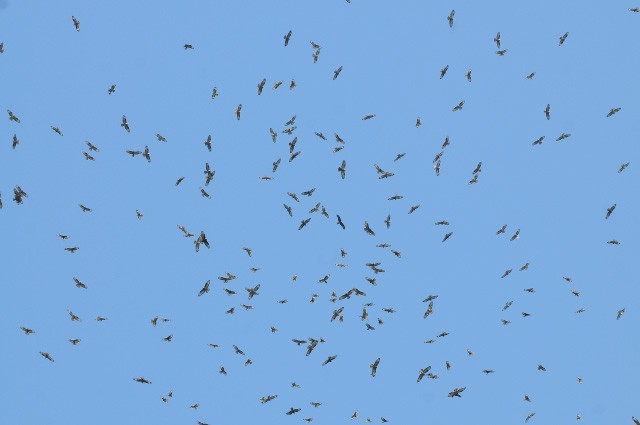 Taking place on 1st April, the Champions of the Flyway bird race is a joint project with the Israel Ornithological Center (SPNI). It will see a dozen international teams competing to try and record the highest number of species from midnight to midnight. Like all teams, the Birdwatch–BirdGuides Roadrunners are raising funds through donations for BirdLife, which this year is focusing support on the Caucasian republic of Georgia. More than one million migrating raptors of up to 35 species pass through the country's Batumi Gorge at peak migration times, making it the greatest bottleneck of migrating birds of prey in Eurasia.

However, many thousands of Honey and Steppe Buzzards, Montagu's and Pallid Harriers, Eurasian Sparrowhawks and other birds of prey are illegally killed there by hunters each season. BirdLife, Bird Conservation Georgia (BCG) and the Georgian government are working to end this slaughter by engaging falconers as 'ambassadors for conservation', raising awareness among schoolchildren and the general public, mapping dangers along the migration route and further developing bird tourism. Money raised by the bird race will go directly towards this innovative on-the-ground project. 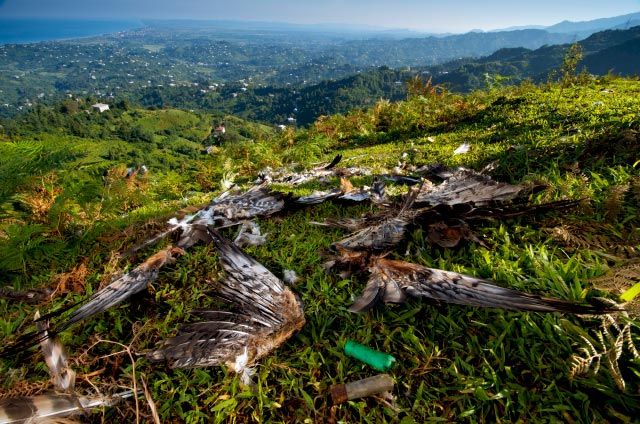 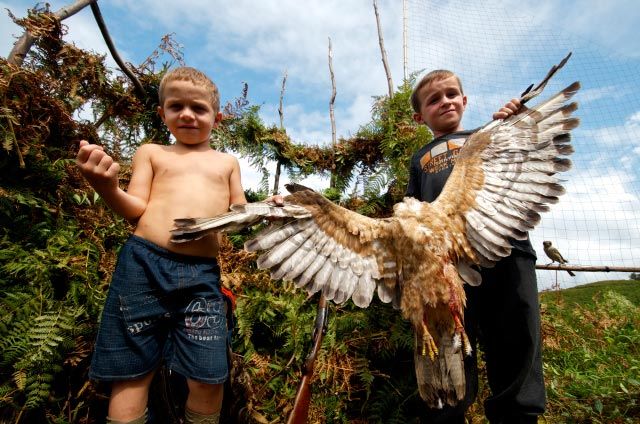 The effects of hunting in Georgia (Photos: Bert Willeart).

Roadrunners team captain Dominic Mitchell, Managing Editor of BirdGuides and Birdwatch, commented: "The slaughter of birds on a vast scale in southern and eastern Europe is a huge problem, but one which we can all help change. Projects such as the Batumi Raptor Count are showing what can be achieved locally to change practices and opinions, and through this event and BirdLife's work we will give as much support as we can."

This is where you come in — all donations, no matter how large or small, will be gratefully received and go direct to BirdLife. Please consider helping and click the JustGiving link on our team page (or go straight to it here) and follow the quick, simple and secure steps to support our effort. Thank you — and watch out here, on Twitter and Facebook for more updates.