Join in the celebrations as your favourite birding magazine passes the major milestone of its 300th edition.

Birdwatch is giving away the amazing new Swarovski BTX telescope worth £3,300, and reflecting on some of the major changes that have taken place over the 25-year period since its very first issue back in 1992, including:

Plus your where-to-watch guide to the best new reserves and hot-spots of the last 25 years, Andy Stoddart with ID advice on Black, White-winged Black and Whiskered Terns, Mark Cocker on the birding scandal of Colonel Richard Meinertzhagen 50 years after his death, pin feathers explained, columnist Lucy McRobert, product reviews, all the big stories and bird news from BirdGuides.com, and your questions answered by our expert team. 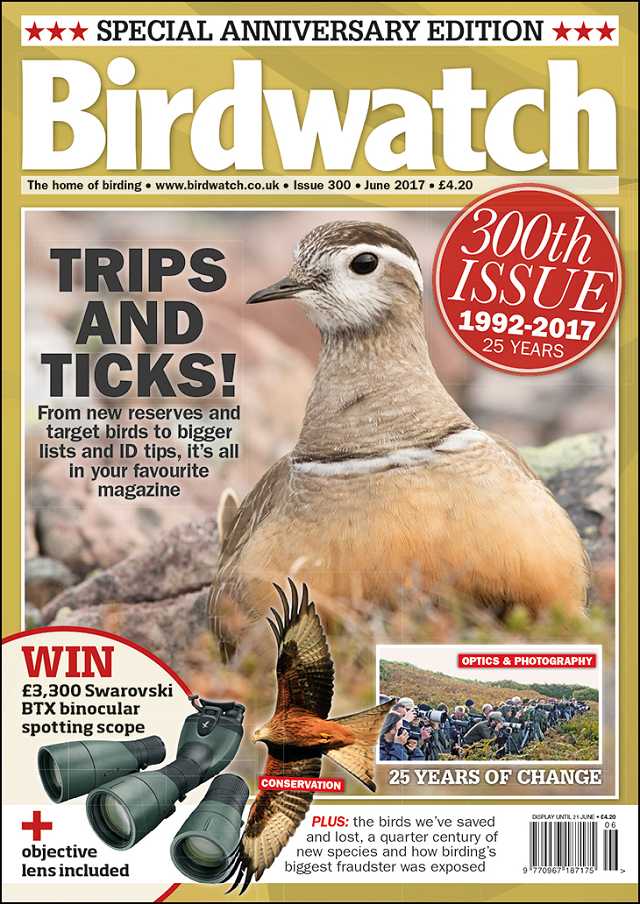