Caucasian Velvet Scoter population back from the brink

A population of breeding Velvet Scoter in the Caucasus, previously thought to be extinct, is showing signs of recovery.

Historically, Velvet Scoter was known as a breeding species in Turkey, Georgia and Armenia, but a rapid decline at the beginning of the 21st century led to the species's apparent extirpation from all three countries.

After a decade without any sightings in Georgia, a few scoter were found by chance at Lake Tabatskuri in August 2014. Breeding was confirmed on an island in the lake the following year.

With funding from the Conservation Leadership Programme (CLP), researchers were able to carry out a more detailed study in 2017, which confirmed that the species was present at just one (Lake Tabatskuri) of seven potential breeding lakes, and that a population of 25-35 pairs existed there. It transpired that a single, 1-ha island in the northern part of the lake was the only breeding location for Velvet Scoter in the entire country, as well as the wider Causasian region. 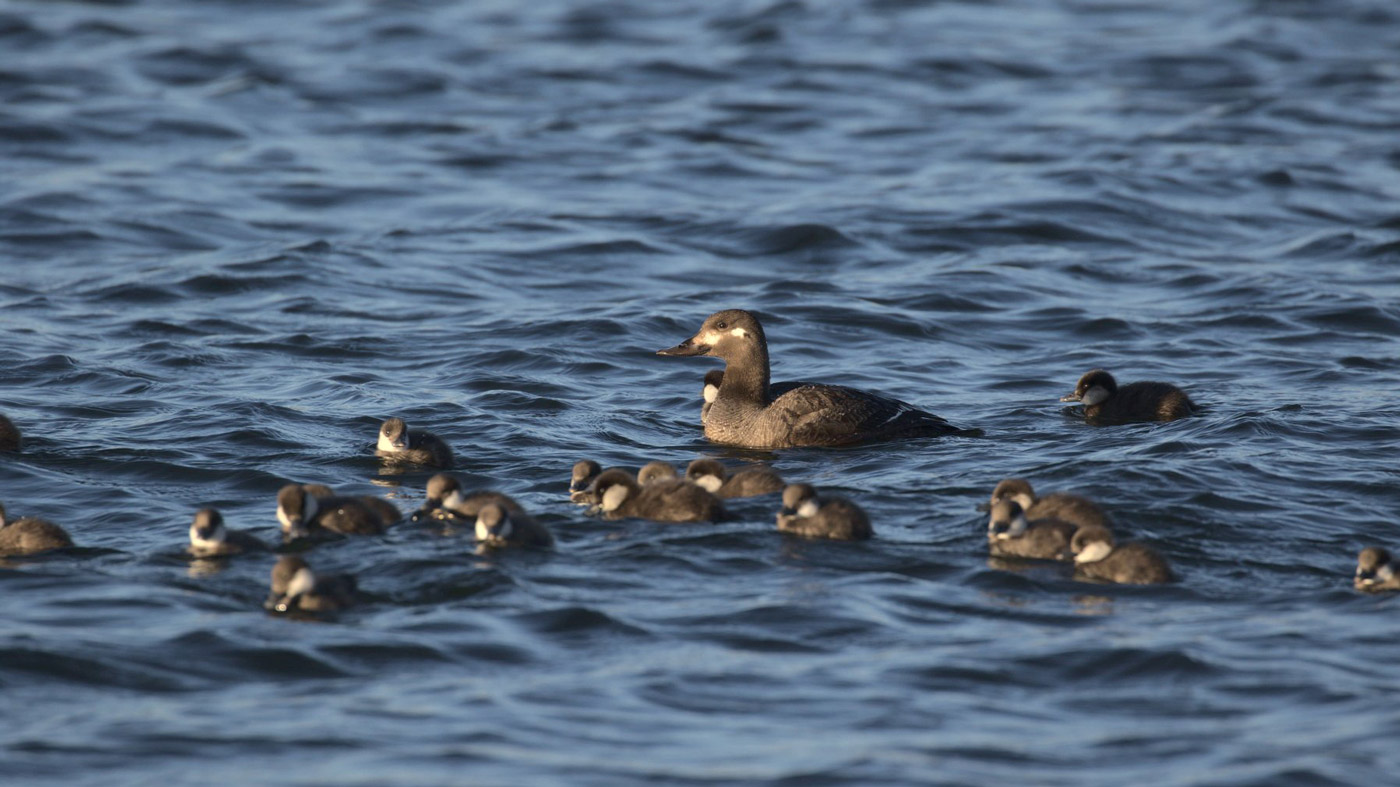 However, very few pairs were nesting successfully because local residents were illegally taking the eggs for food. Predation by Armenian Gulls was also an issue, with the opportunistic gulls taking advantage of the high levels of disturbance in the scoters' feeding areas to swoop in and take ducklings when the females were disturbed. Furthermore, ducklings were dying when they became caught in fishing nets.

Information brochures and posters were circulated to locals, who gradually stopped harvesting the eggs. Since 2019, not a single egg has been taken. This allowed more females to nest on the island (23 in 2018, 28 in 2019 and 32 in 2020). Three local fishermen have also been recruited to help establish a no-fishing zone in the feeding areas, reducing disturbance and gull attacks. In 2020, the number of scoter that fledged reached 39 – almost eight times as many as in 2019.

Further funding from the CLP has allowed the team to gather more information on the direct causes underlying the poor breeding success. In 2021, they captured eight breeding scoter at Lake Tabatskuri and fitted them with light-level geolocators to uncover their important staging and wintering areas.

The studies undertaken so far will allow the development of a long-term action plan to safeguard forthcoming generations of this tiny remnant population at its last location in Georgia, and potentially in the entire Caucasus region, with the future now looking much brighter for a bird once thought lost forever.