Carrot Fields to Cranes in 11 years 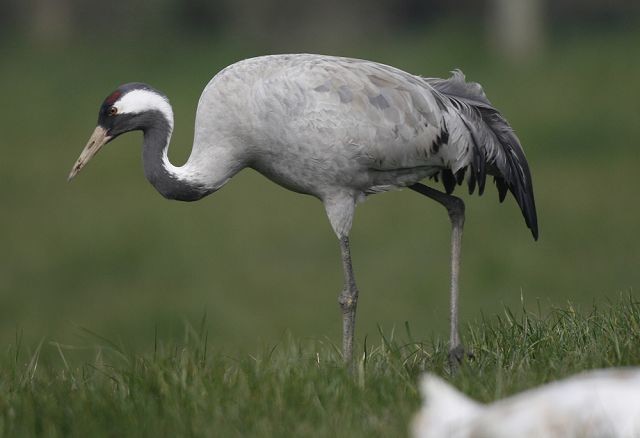 Common Cranes have been found breeding in the Fens of East Anglia for the first time in 400 years.

The huge birds are nesting at the RSPB's Lakenheath Fen nature reserve in Suffolk - a site that was a carrot field until the Society bought it 11 years ago and began its transformation into a square mile of marsh and fen. Staff there came upon a nest by chance while carrying out a routine survey of the site. It is believed the eggs are about to hatch and may already have done so. In addition, the nesting pair appear to have attracted in other, visiting cranes.

The amazing discovery comes as Lakenheath Fen prepares to throw open the doors to its new visitor centre on Thursday 17th May.

With a seven-foot wingspan and a loud bugling call, the Common Crane is a true wildlife spectacle. Persecution and the large-scale drainage of the Fens for agriculture, led to its disappearance as a breeding bird in Britain by about 1600. A small number returned to the Norfolk Broads in 1979 but while they have bred there successfully, the population has remained isolated and vulnerable.

Their arrival at Lakenheath Fen offers hope that they may now be starting to spread into the Fens. The RSPB's Chief Executive, Graham Wynne CBE, said: "The arrival of Cranes at Lakenheath Fen is fantastic news for the future of this species in the UK. It is also testimony to the truly inspirational work done at the site. We have gone from carrot fields to Cranes in 11 years. Their decision to nest on the reserve was totally unexpected, very exciting and completely wonderful. Lakenheath Fen is a superb example of what can be achieved by restoring wildlife habitats on a large scale and proves that when it comes to wetlands, bigger really is better. Now, with the opening of our new visitor centre, we can really start to show people the great work that's been done here and bring them close to the nature on their doorsteps."

There is more on the way with the RSPB planning to create almost 20 square miles of new wetlands in the Fens over the next 20 years. The Society hopes the £700,000 visitor centre will help make Lakenheath Fen a gateway to the Fens and its native wildlife for tens of thousands of people, with visitor numbers increasing from 15,000 to 60,000 a year. The centre was built thanks to generous funding from the Heritage Lottery Fund, Waste Recycling Environmental (WREN), which distributes landfill tax credits for Waste Recycling Group Ltd (WRG), Suffolk Development Agency and Suffolk County Council. It will be a focal point for visitors coming to the new reserve where they can be met by staff and volunteers. 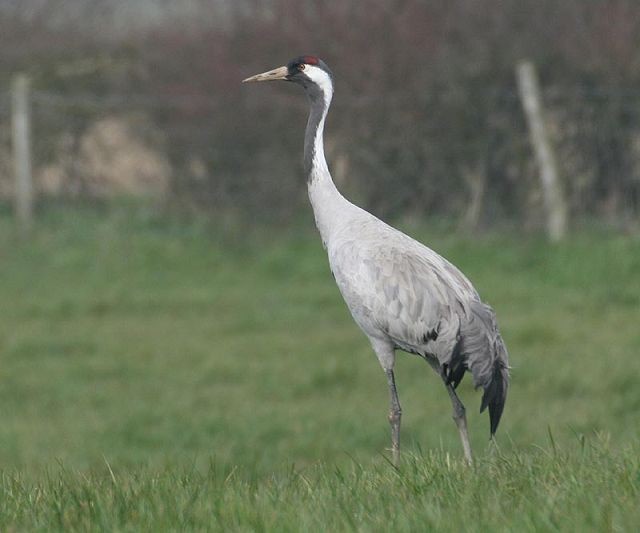 As well as the Common Cranes, Lakenheath Fen boasts six pairs of Marsh Harriers and brightly coloured Golden Orioles among its bird life, alongside more than 100 aquatic plants, whose seeds had lain dormant among the carrots before bursting back to life with the return of water to the site.

Visitor access to the reserve will be managed to minimise disturbance to the cranes. Visitors will have the opportunity to watch for them at a designated viewing point, while staff and volunteers will be on hand to provide information about the spectacular birds and how the RSPB has created the reserve.

Robyn Llewellyn, Regional Manager for Heritage Lottery Fund in the East of England said, "Birds are an important part of both our heritage and our environment. Every Lottery ticket has the potential to save our landscapes, countryside and creatures. Thanks to more than £500,000 of Lottery players' money, this new visitor centre will transform the way visitors learn about this stunning Fen, and offer new opportunity for everyone to enjoy this remarkable reserve."

John Marsh, WREN Chairman, said "The RSPB really has worked its magic here, turning carrot fields into a superb nature reserve. WREN is proud to continue helping to fund this wonderful project. This has been a major undertaking in East Anglia for the RSPB, and WREN has been supportive of the reserve right from the very start."

Suffolk Development Agency contributed through its 'Investing in Communities' fund. Scott Dolling, Destination Marketing Manager, said: "Tourism is worth more than £1 billion to the Suffolk economy and the RSPB makes a significant contribution towards reasons for visitors to come to the county. Lakenheath's new reserve should raise the profile further and we look forward to welcoming more visitors as a result."

Suffolk County Councillor Eddie Alcock, environment portfolio holder, said: "Suffolk's environment is one of the finest in Britain. To continue to improve it we must build on the efforts of local people in caring for their environment, countryside, coast, towns and villages and tackle the challenge of Suffolk becoming the greenest county. Suffolk County Council's support to the RSPB's exciting new facility at Lakenheath Fen recognises that historic landscape and diverse wildlife provide a unique and attractive combination." 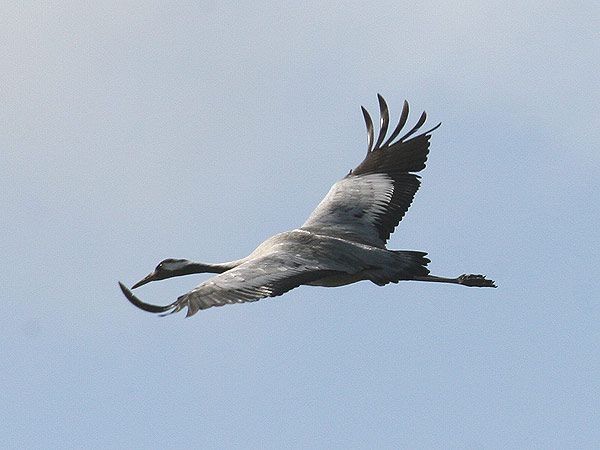