A captive-bred Egyptian Vulture has successfully nested in Sicily this summer, with two chicks fledging the nest in August.

'Sara' is an Egyptian Vulture hatched at the Centro Rapaci Minacciati Endangered Raptors Centre (CERM) in Italy in 2015 as part of efforts to boost the species' threatened population in the country, through the LIFE Egyptian Vulture Project. 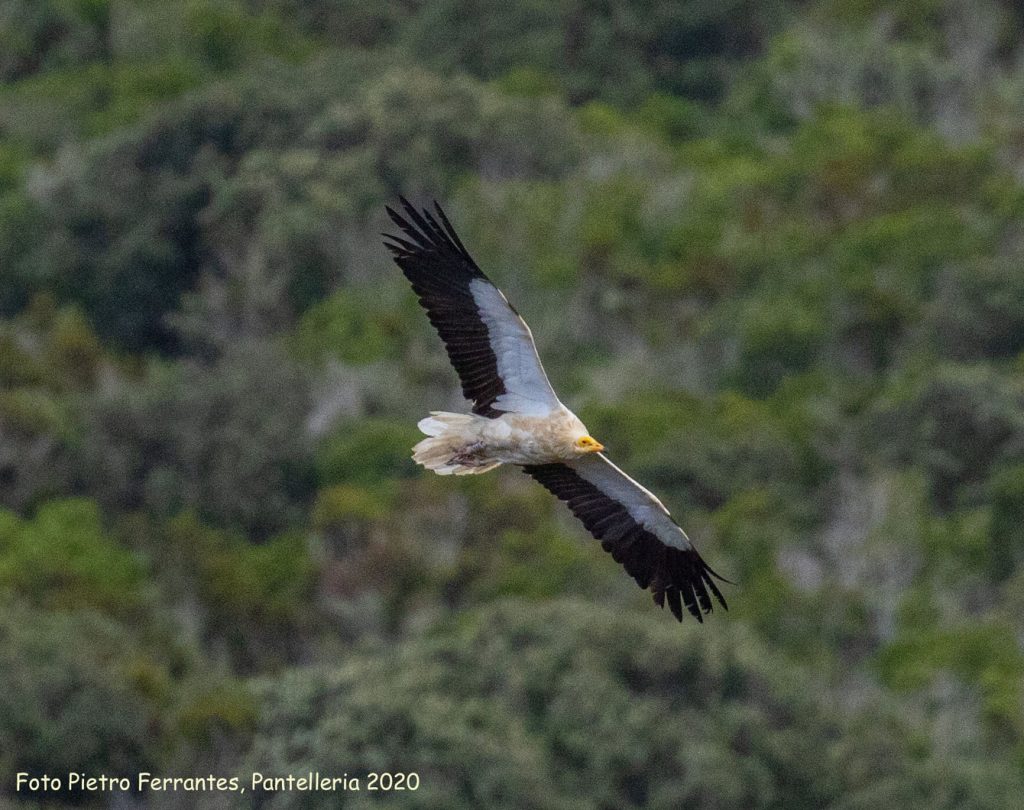 Sara was released wearing a GPS transmitter in Puglia in August 2015. After spending four years in sub-Saharan Africa, she has returned to southern Italy each spring and wintered in Niger.

This spring, staff at Vulture Conservation Foundation (VCF) were excited to see Sara's tracking data show she had started her spring migration two months ahead of previous years. 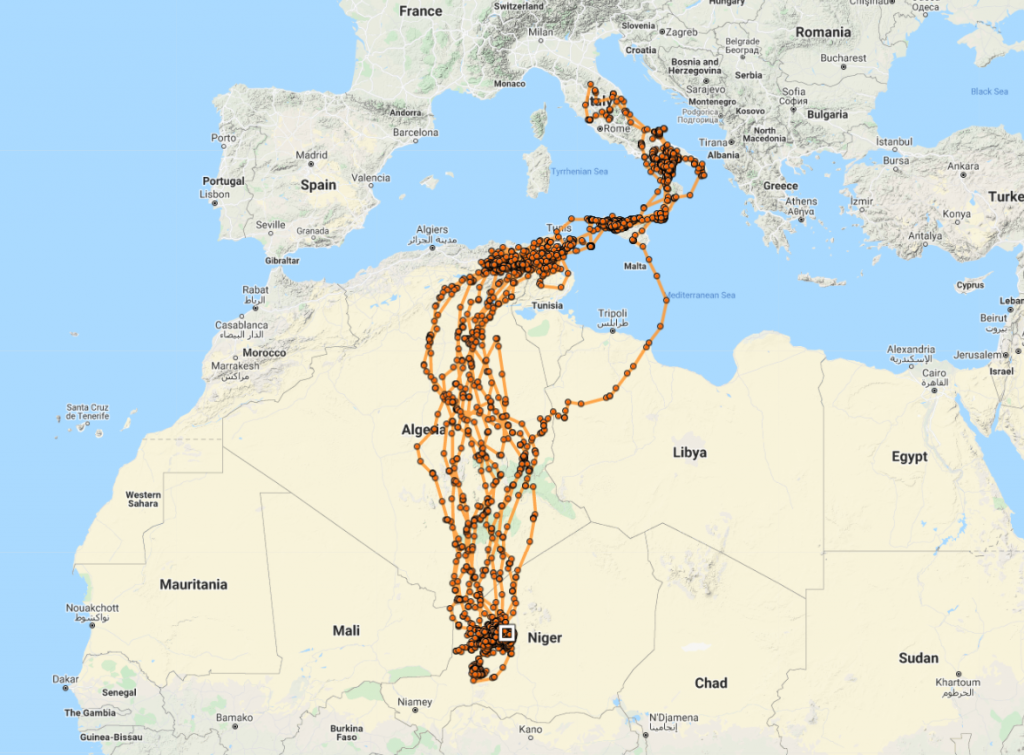 The movements of Egyptian Vulture 'Sara' between 2015 and 2021 (Vulture Conservation Foundation).

When Sara reached Sicily on 22 March, CERM member Mimmo Bevacqua visited the area and found her in the company of a male, showing clear breeding behaviour on a rocky cliff. However, the tracker showed her move east to Basilicata, a regular area for Sara in recent years, in early April, perhaps after being seen off by an established pair. 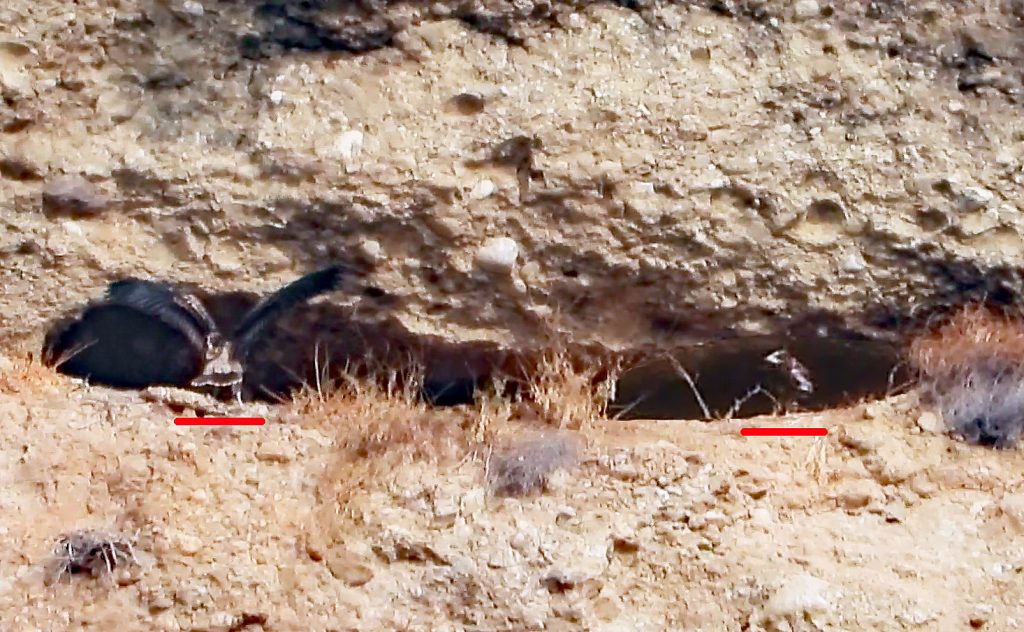 A field team located Sara's new nest site in Basilicata and monitored the whole attempt from a distance of 1.5 km. Avoiding disturbance was the priority, so it was only in late August that the team were able to confirm the nest held two young. A few days later, they had both fledged, the first time that young have been successfully reared by a captive-bred parent in Europe.

Sara's success shows how effective captive breeding and release programmes can be in bolstering wild populations of endangered vultures.