Can you help monitor Tawny Owls?

The British Trust for Ornithology (BTO) is asking the public to take part in a national survey of Tawny Owls this autumn and winter. With populations thought to be in decline, a new study is needed to better understand the species' status. Anyone can participate, with members of the public asked to listen out for calling Tawny Owls from their garden, local park or woodland between 30 September 2018 and 31 March 2019.

Tawny Owl has recently been added to the Amber List of Birds of Conservation Concern, and BTO researchers wish to understand more about the impacts of urbanisation and light pollution on their populations, which the survey will help establish. Furthermore, seasonal changes in Tawny Owl calling behaviour can be analysed, and all the data collated will build on information collected by 3,465 volunteers in 2005/06, when a similar survey found the time of day, moon cycle and weather influenced calling behaviour. 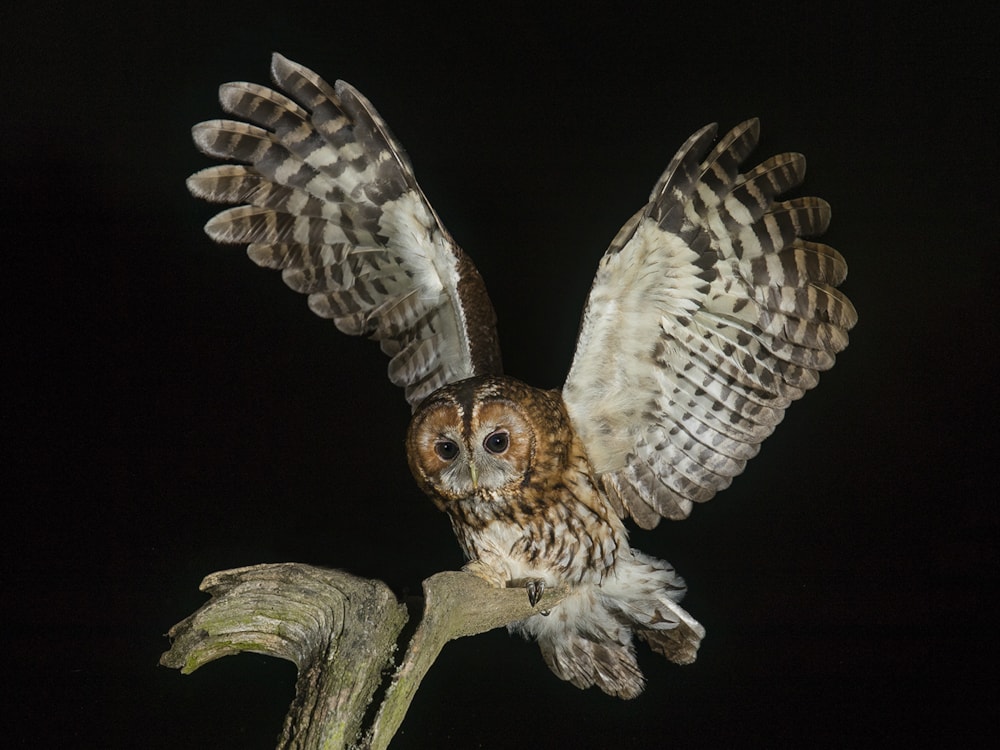 It's thought that light pollution may be having a negative impact on Tawny Owl populations (Jamie MacArthur).

Claire Boothby, Survey Organiser at BTO, explained: "You can listen from pretty much anywhere you like for 20 minutes one evening a week. Anyone can take part, and the more people that do the better picture scientists at BTO will have of our Tawny Owls – you can even do it from the comfort of your bed."

Locations can be chosen and registered online at www.bto.org/owls, or you can email gbw@bto.org for more information. Volunteers don't have to commit to listening every week, but you'll be providing valuable data by recording for as many weeks as you can. It is just as important, if you take part, to tell BTO if you don't hear an owl; they will then know where there aren't any in a particular area.