Dead and dying seabirds have been found in Dorset, prompting calls for a probe into a suspected bird flu outbreak. 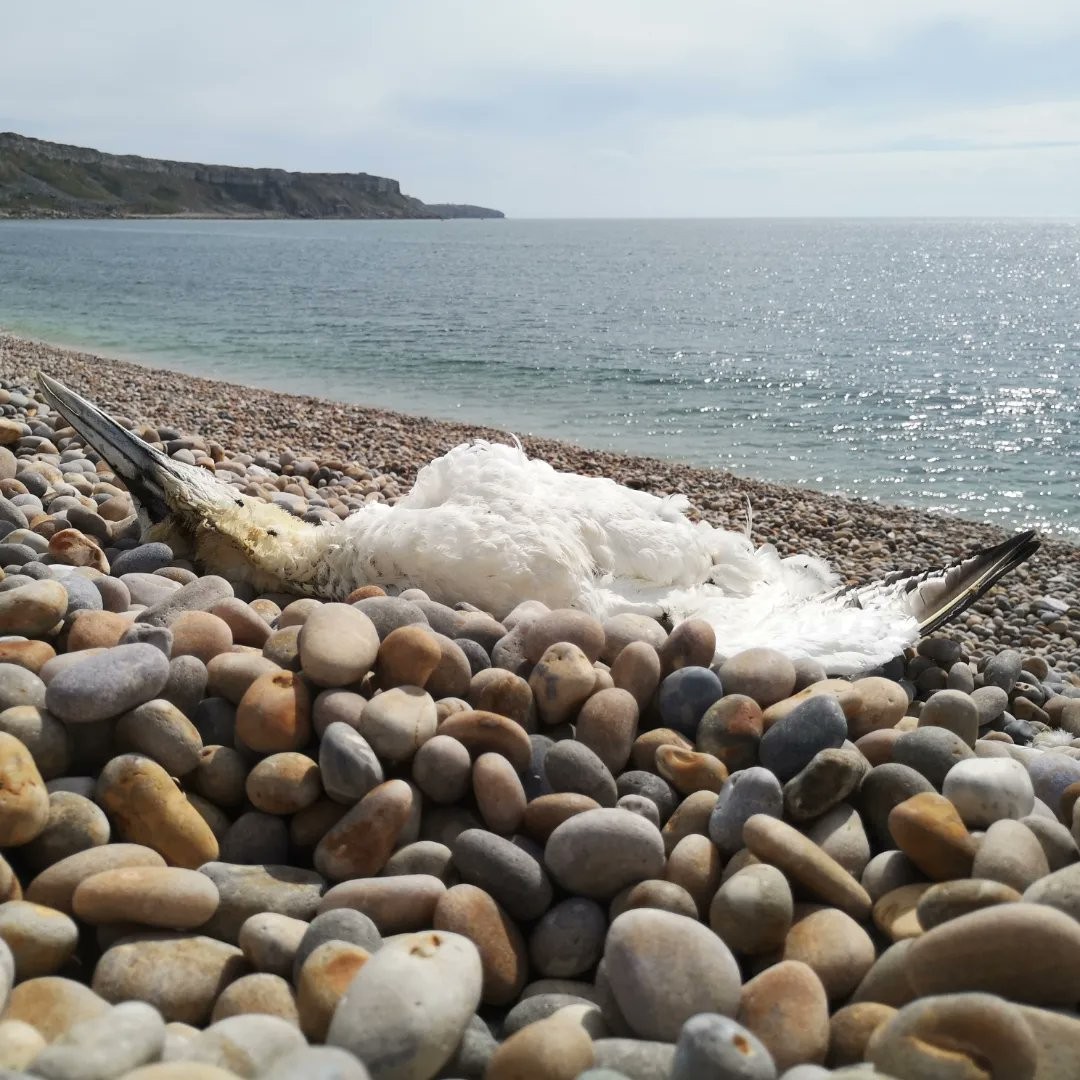 Dozens of dead gannets have been found on Dorset beaches but DEFRA will not say if it has collected any for examination (@DorsetLimpet via Twitter).

"These are normally powerful seabirds that spend their life at sea. They only come ashore because they're sickly. You can see them sitting looking forlorn. I saw one gannet personally die last week, right in front of my eyes."

Mr Cade said he notified the Department for Environment, Food & Rural Affairs (DEFRA) helpline, but "presumably they are overwhelmed" because the dead birds were still on the beach.

"I was concerned they were being picked apart by gulls and crows, for all we know it'll be them next that's infected with bird flu and that's the ideal scenario for human transmission", he added.

Along the coast in Charmouth, Adrian Gray posted on Facebook that he saw seven dead seabirds on the beach last week. Members of the Dorset Bird Club told the BBC sick and dying gannets were found in people's gardens.

Helen Wood found several at Swyre, near Chesil Beach, on Monday. "I've never seen any dead gannets on the beach before and I know the stretch well," she said.

"We then collect some of these birds and test them to help us understand what risk posed to poultry and other captive birds is, through understanding how the disease is distributed geographically and in different types of wild bird, not all birds will be collected."