North Yorkshire Police and the RSPCA has appealed for information after a Common Buzzard was found injured near Shipton Grange, North Yorkshire, on 29 March.

The buzzard, a male, was found by a local farmer at the site near York. He called the RSPCA and the charity's Inspector Claire Mitchell collected the bird, and she commented: "The farmer didn't know the bird had been shot, but he wasn't flying so the farmer knew there was something seriously wrong with him.

"He was a big healthy bird otherwise, and still quite feisty. I took him to a local vet for treatment and x-rays, and that’s when they discovered the shot." 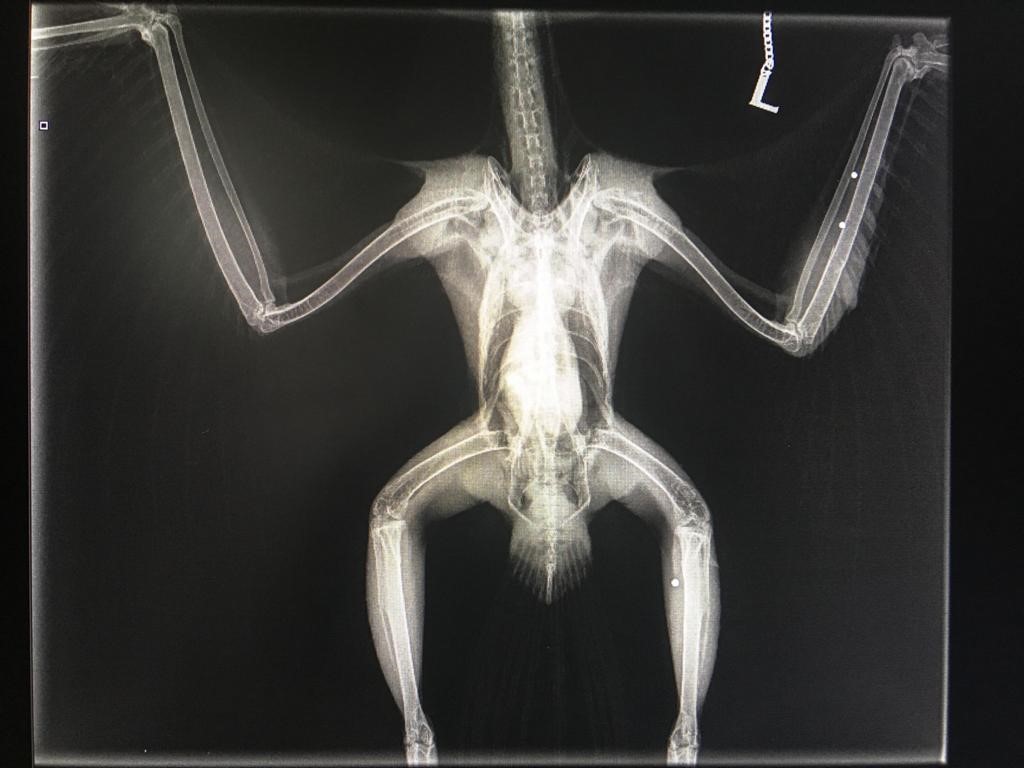 The Common Buzzard was found with five pieces of shot in it's body (North Yorkshire Police / RSPCA).

X-rays showed the bird contained five pieces of shot: two in a foot, one in a leg and two in a wing. The bird is now recovering well in the care of a local wildlife rehabilitator and will be released into the wild once ready.

Matt Hagen, North Yorkshire Police Rural Task Force Inspector, said: "This is yet another despicable act of someone deliberately injuring a bird of prey in our county. I would urge anyone who has any information about this incident or might have seen anything which could help our investigation to please get in touch with us on 101.

"North Yorkshire should be a haven for wildlife and we will do everything in our power to ensure we deal with the individuals who target our birds of prey in this way."