Buzzard poisoned with enough toxin 'to kill a child'

North Yorkshire Police and the RSPB are appealing for information after a dead Common Buzzard was found on Live Moor.

The bird was discovered by a member of the public on 20 March 2020 and reported to the RSPB before being removed from the site near Swainby. North Yorkshire Police submitted the buzzard for a post-mortem examination which revealed an extremely high concentration of chloralose – a toxic chemical – in the bird's system. The dose was described by the RSPB as "enough to kill a human child". 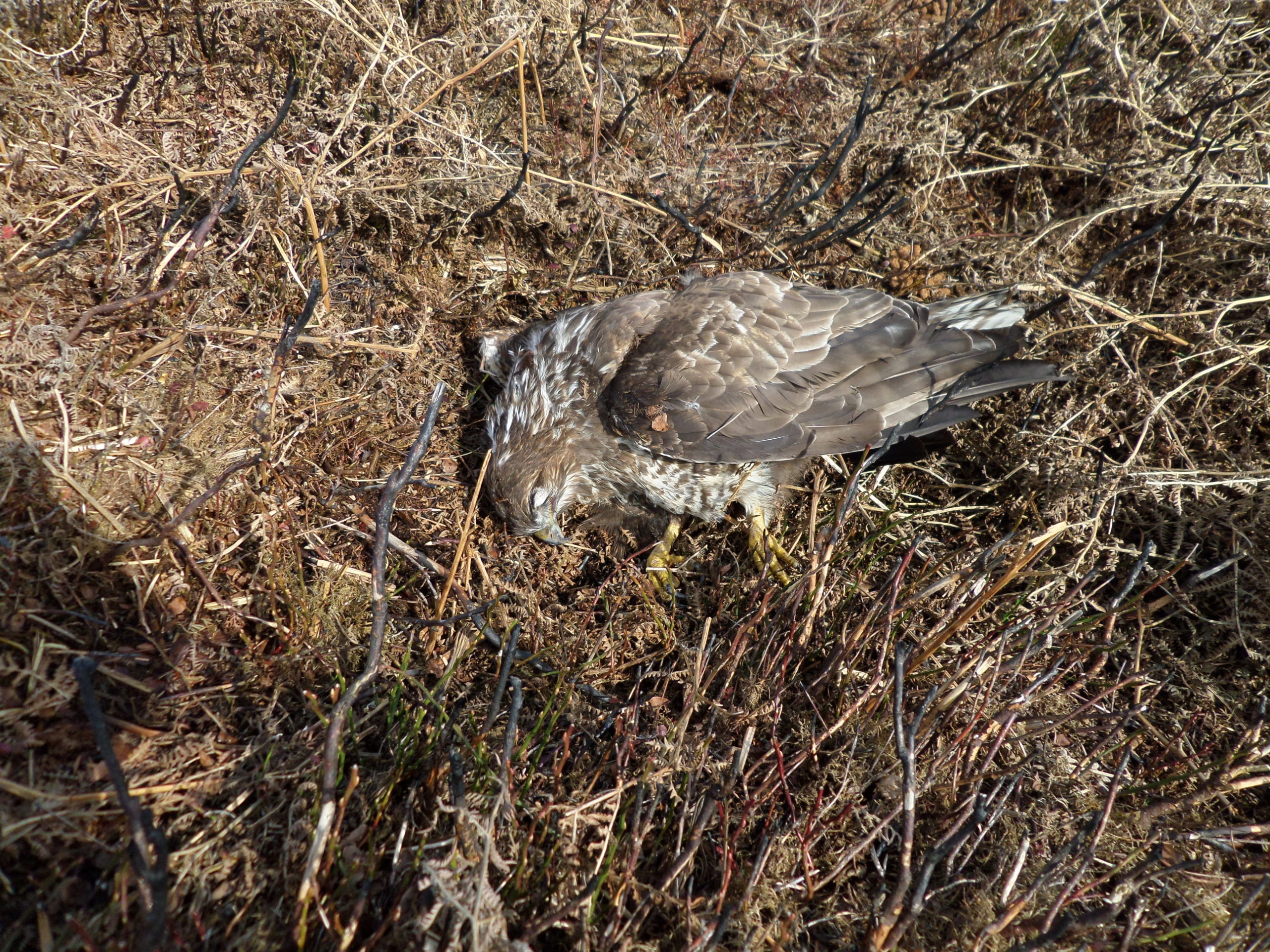 The Common Buzzard was found to have a high amount of chloralose in its body (RSPB).

Given the buzzard was in good bodily condition and had no injuries, the analysis shows poisoning to be the cause of death. North Yorkshire Police Inspector, Matt Hagen, said: "A low percentage of chloralose was commonly used in rodenticides to kill mice but is only currently permitted for use indoors and at a small dose. As such, there is no way this buzzard could have come into contact with such a high concentration of this poison by accident and we believe someone deliberately set out to kill this bird by poisoning.

"Unfortunately, this is the latest in a number of similar cases where birds of prey have been subjected to cruel and illegal persecution here in North Yorkshire. We are doing everything we can to try and find those responsible but we really need the public’s help as they are acting as our eyes and ears around the county. Anyone with information about this or any other incident of bird of prey persecution should contact the police on 101, we all have a part to play in putting an end to these unacceptable crimes."

Howard Jones, RSPB Investigations Officer, added: "Buzzards are a protected species yet continue to be relentlessly shot, trapped and poisoned in North Yorkshire. RSPB data shows that North Yorkshire is consistently the county with the highest number of crimes against birds of prey.

"Alphachloralose is a commonly abused product in the illegal killing of birds of prey. The amount of it found in this bird was enough to kill a human child. People, pets and other wildlife are at risk from this kind of illegal behaviour, which is why we urge anyone who may have information about this incident to do the right thing and come forward."