UK butterflies rallied last summer following their worst year on record but numbers were still below average, a study has revealed. Some 46 out of the 56 species studied in 2013 recorded an annual increase compared with 2012, the worst butterfly year on record since the UK Butterfly Monitoring Scheme (UKBMS) began in 1976.

Several rare species revived following 2012, with the Lulworth Skipper up by 162% and the critically endangered High Brown Fritillary up 133% as both responded to conservation work. The warm weather saw a huge influx of some migrants, with numbers of Clouded Yellow butterflies from the Continent up by 4,373 compared to 2012. Common species such as the Small, Large and Green-veined White, all of which had their worst year on record in 2012, bounced back to above-average numbers in 2013, with all three increasing by more than 100%. Garden favourite the Small Tortoiseshell also rallied after years of decline. The butterfly was up by more than 200% on 2012 as last year's warm summer saw it record its best year for a decade. 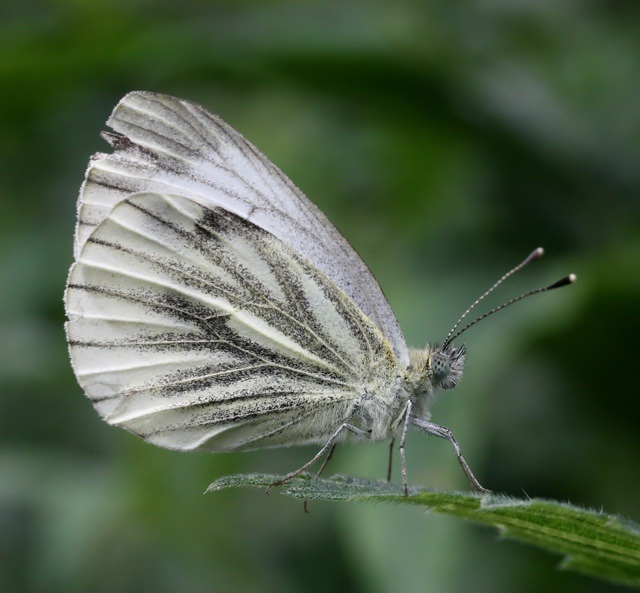 Green-veined White numbers were on the up in 2013 (Photo: Andy Payne)

But despite the resurgence overall butterfly numbers were still below average, data gathered by the UKBMS, jointly led by Butterfly Conservation and the Centre for Ecology & Hydrology (CEH), revealed. The very cold spring of 2013 saw some of our most threatened habitat specialists suffer. The endangered Pearl-bordered Fritillary was down 22% compared to 2012, while Grizzled Skipper numbers fell by 45% to a series low. Washout 2012 took a toll on butterflies, with populations of rare species such as Duke of Burgundy becoming locally extinct. 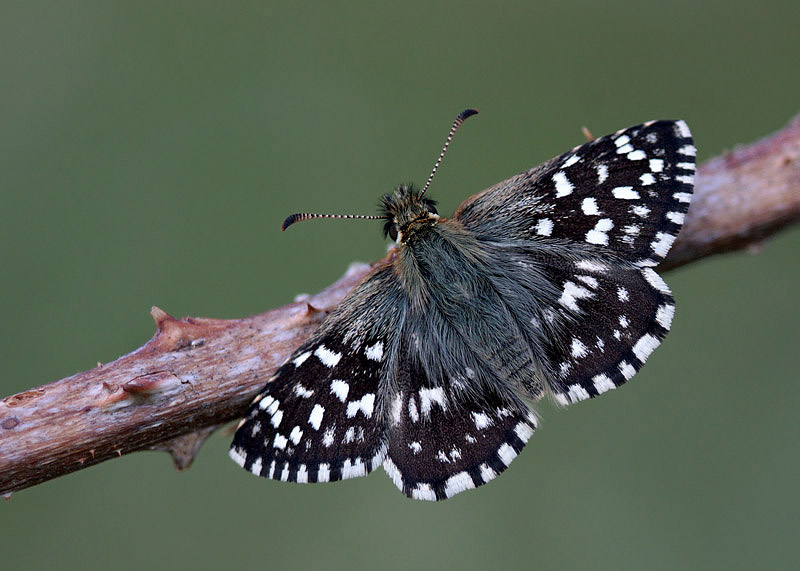 ... though it was another disappointing year for specialist species such as Grizzled Skipper (Photo: Darren Chapman)

Many UK species need a warm spring and summer this year to give them the best chance of sustaining a recovery. Dr Tom Brereton, Head of Monitoring at Butterfly Conservation, said: "The recovery of butterflies in 2013 was highly welcome but there is still a long way to go before butterflies return to former glories. Our ongoing monitoring efforts will be vital in assessing whether we are on track to reverse butterfly declines and rebuild a healthy countryside."

CEH butterfly ecologist Dr Marc Botham added: "Annual changes are largely associated with the weather. However, the data show that a number of species have been significantly declining over the last 38 years. This highlights the importance of maintaining long-term monitoring, reliant on the immense dedication of thousands of volunteers, to determine species and habitats of conservation priority."

UKBMS has run since 1976 and involves thousands of volunteers collecting data every week throughout the summer from more than 1,000 sites across the UK. It is operated by Butterfly Conservation and the Centre for Ecology & Hydrology and funded by a multi-agency consortium including Defra, the Joint Nature Conservation Committee, Forestry Commission, BTO, Natural England, the Natural Environment Research Council, Natural Resources Wales and Scottish Natural Heritage. The UKBMS is indebted to all volunteers who contribute data to the scheme.