Kielder Forest has enjoyed a bumper year for Western Osprey breeding success, with chicks born to males who themselves were born at the Northumberland site for the first time in 200 years.

Forestry England ornithologist Martin Davison said: "Three chicks have a Kielder-born dad, which signifies a big step forward. Kielder Water and Forest Park is now an osprey stronghold, and a crucial staging post in what we hope is the natural recolonisation of northern England. We have an amazing habitat for ospreys and have come a long way over the past decade." 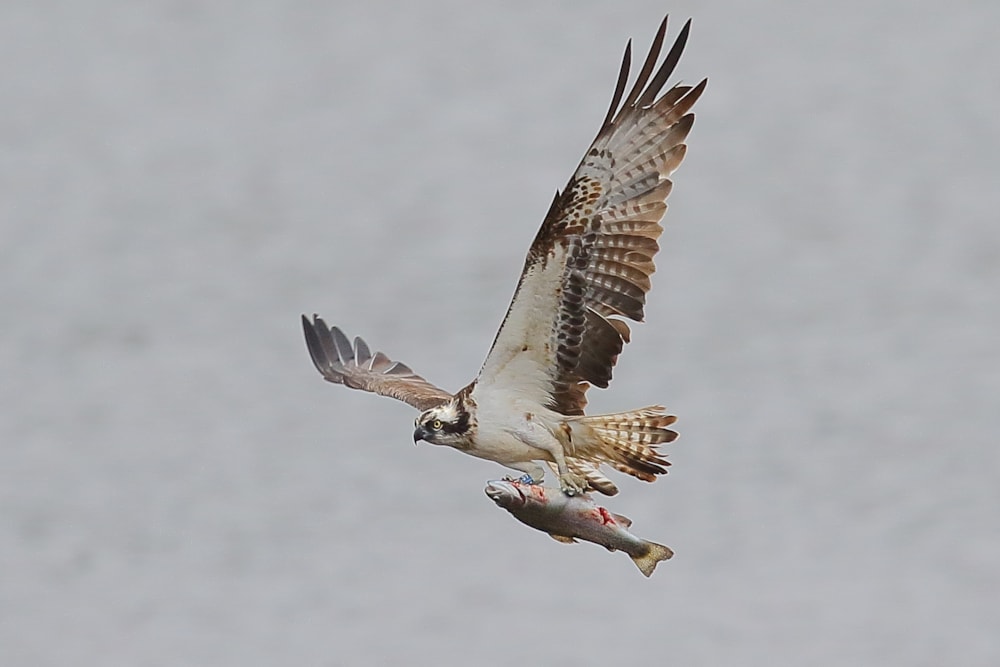 Western Ospreys returned to Kielder Forest in 2008 and have been closely monitored ever since (Gary Nicholson).

The Kielder Osprey partnership recorded at least 16 healthy young ospreys across seven nests in the forest park this summer and said that a record number are likely to fledge in the area.

A chick ringed this year, named Elsin, was fathered by a male that was born at the site. Joanna Dailey, a local volunteer who has closely monitored birds at Kielder Forest Park for more than a decade, said: "Elsin's dad was born in 2014 and was not only ringed, but also fitted with a satellite tag. It took him until April the following year to reach Senegal, where he stayed for a couple of years.

"Driven by a homing instinct, he first came back to Kielder in 2016 after an epic journey in which he was thrown thousands of miles off course by a sandstorm." She said that last year the well-travelled Osprey had tried to breed, but the eggs failed; he was then "jilted" by his partner before he "happily found another female" and together they produced Elsin.