Lists, lists, lists — birding is full of them and they certainly consume a large chunk of the average birder's time, whether through planning a big day/month/year/trip, chalking up the latest addition or denouncing the whole concept of listing to anyone who will list-en (sorry)!

I've always had a love-hate relationship with them. As a kid I used to day-list avidly on YOC/RSPB outings and had a pretty good idea of what I had or hadn't seen in the UK. In the last decade I moved around a lot both in Britain and overseas, so the idea of year- or county-listing became fairly meaningless. Then again, since 'settling' in Norfolk I can tell you exactly how many species I recorded on my local patch (BTO Nunnery Lakes, Thetford) in 2010: 113.

All of which brings me on to a challenge that started with some harmless banter between myself and Darren Oakley-Martin at the RSPB about BTO staff 'catching up' on Ring Ouzel when one arrived at the Nunnery Lakes in late September, whilst The Lodge hosted two birds in the third week of April. Quick as a flash, Darren threw down the gauntlet of a BTO vs RSPB challenge — whose staff could record the most birds on their respective HQ reserves in 2011? 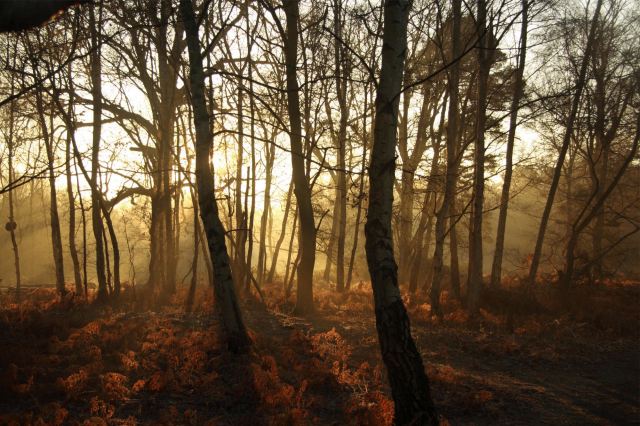 Like all good ideas, it evolved rapidly and by the end of the day we'd established the basic rules for the BTO vs RSPB BirdTrack Challenge 2011. Within a week, we'd agreed to an altogether more taxing competition, the Twenty Eleven All-taxa Listing (TEAL) Cup!

What's the point? Well first of all, and let's be honest here, it's a bit of fun for the more competitive types in both organisations — it will certainly provide extra motivation for staff to explore the reserves surrounding their respective HQs. There are several added benefits beyond simply listing, though. We're sure to learn plenty along the way, particularly when it comes to identifying and recording less well-known taxa. Talking of recording, we'll be extolling the virtues of looking harder at the local environment and trying to take stock of what's on our doorsteps. Better still, the fact that the two organisations' HQs are on the reserves mean that it will be a non-motorised challenge, encouraging us to stay local for our listing kicks. And we'll be raising the profile of BirdTrack, both amongst our colleagues, the BirdGuides readership and everyone who follows the drama as it unfolds via the blog: BTO vs RSPB BirdTrack Challenge 2011.

You can help the respective staff catch up with whatever is around by submitting your more unusual sightings from either reserve to BirdGuides.