The British Trust for Ornithology (BTO) has opened a public viewing platform at its Nunnery Lakes reserve near Thetford, Norfolk. Thanks to grants from the Postcode Local Trust and Thetford Town Council, the viewing platform was officially opened on 7 February with the ceremony performed by the Mayor of Thetford, Councillor Roy Brame, along with Councillor Brenda Canham. 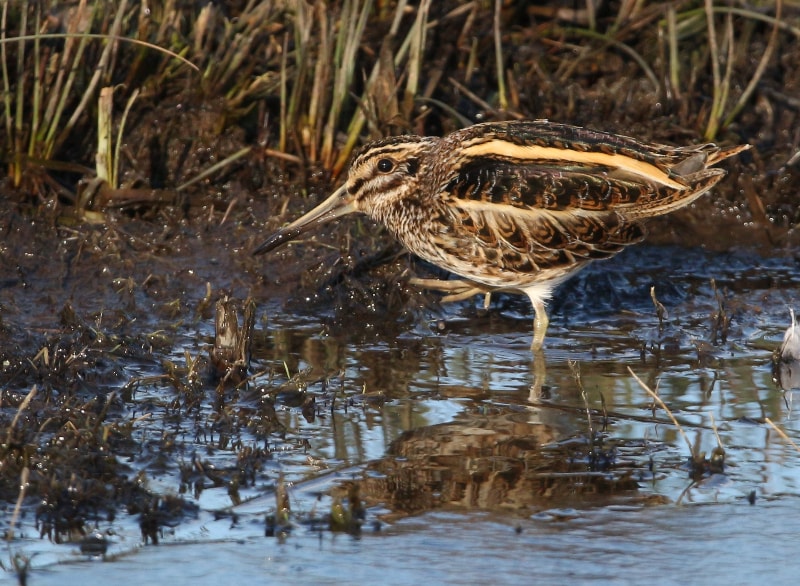 Jack Snipe has been a regular fixture at Nunnery Lakes in recent weeks (Tate Lloyd).

In the autumn of 2017 Dr Ian Henderson, of the BTO, was guiding a walk to show the progress of the flood meadows project on the Nunnery Lakes Nature Reserve. It was at this point that Ian first thought-up the idea of a viewing platform and – little over a year later – it became reality.

Made of sturdy oak, the three-metre-high platform allows 360 degree viewing along the River Little Ouse and over the restored flood meadows and the lakes, which remain from historic gravel works that helped to build Thetford. The installation of the new viewing point is the culmination of improvements made to the reserve over many years, beginning with the restoration of river meanders in 1994.

Mr Henderson, who is Nunnery Lakes Reserve Manager, said: "It is great to see the viewing platform in place on the reserve. I always thought the views it could give would bring a new perspective to the reserve but it will also allow many more people to see the wildlife that uses the flood meadows and help us monitor this too."

The grant application for the viewing platform to Thetford Town Council was championed by Cllr John Newton, who sadly passed away in January. However, with the unveiling of the platform, his legacy lives on at Nunnery Lakes.