The British Trust for Ornithology (BTO) has revealed that its oldest tagged Common Cuckoo, fondly named 'PJ', has perished after returning to its Suffolk breeding grounds.

PJ was fitted with a satellite tag in Suffolk in summer 2016 and has gone on to provide the BTO with invaluable information over the past six years, covering more than 96,000 km in that time. He was approaching the record for the oldest-known cuckoo when he died.

Data received from the tags is helping the BTO to understand this beguiling species in the hope that its future may be brighter. Common Cuckoo has declined by 71% across England and 38% across the wider UK since 1995.

BTO research has revealed that cckoos migrate to central Africa for the winter and to get there they follow one of two routes - via either Spain or Italy. Usually, cuckoos follow the same route year after year. However, PJ's tag showed that he used both, revealing that the species is not always tied to one route. It may have been this flexibility that allowed PJ to avoid the worst weather conditions during his journeys and survive as long as he did. 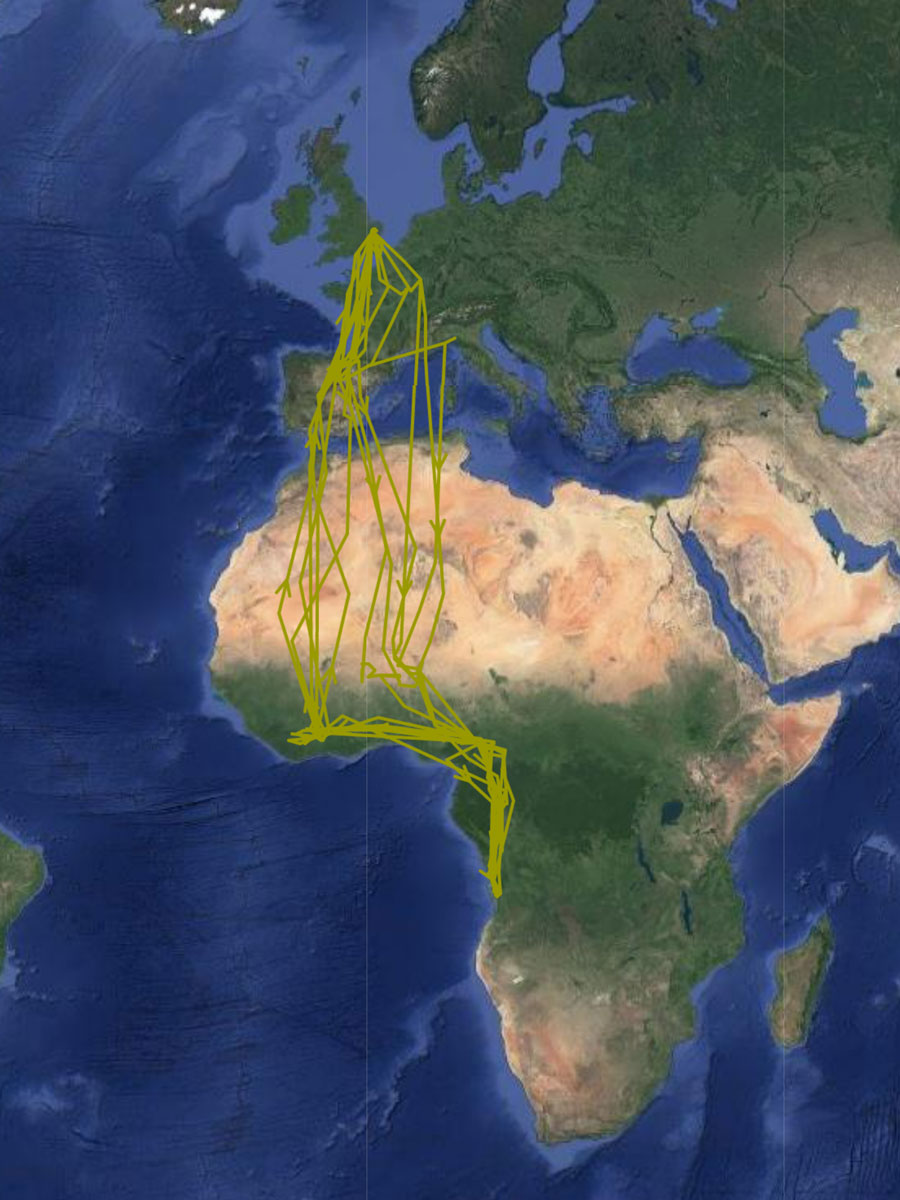 This map shows all of PJ's tracked migration routes between 2016 and 2022.

Dr Chris Hewson, Lead Scientist on the project at the BTO, said: "It's always a shame to lose one of our tagged cuckoos. As we've been able to follow six years of his truly epic migrations and see how they have changed over his lifetime, this is especially true of PJ. Like all of our tagged cuckoos, he provided vital data in our quest to understand the species' migrations and population decline, but because of his longevity PJ has left a particularly special mark among his followers and admirers."

PJ was named in memory of Pamela Joy Miller, whose family wanted to celebrate the love of birds she passed on to her nieces and nephews and their children. PJ acquired many admirers during the six years that the BTO was able to follow him, so Pamela's memory reached far and wide.

BTO scientists are tagging another eight cuckoos this year, two of them close to where PJ was tagged back in 2016. You can find out more and sponsor a Cuckoo at www.bto.org/cuckoos.