A Brown Booby was recently found wandering around a car park in Perranporth, Cornwall, Mousehole Wild Bird Hospital has announced.

The exhausted bird, which was clearly weak and confused, was taken into the hospital on 22 February by local residents but, despite its best efforts, unfortunately perished. 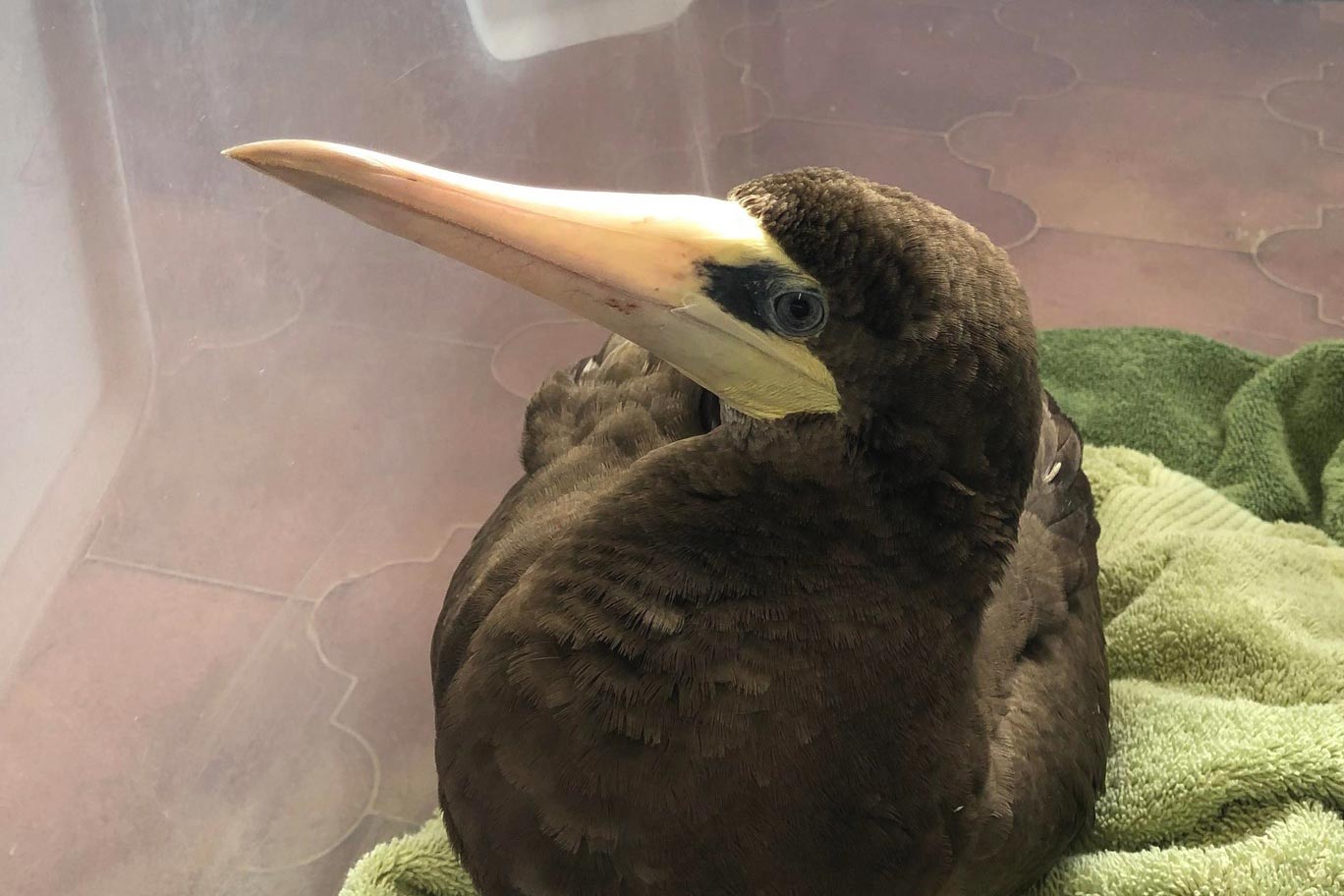 The Brown Booby after being taken into care (Mousehole Wild Bird Hospital).

A spokesperson for Mousehole Wild Bird Hospital said: "This chap was found in a gravel car park near the Droskyn Castle, Perranporth, and admitted to us on the same day. The finders did mention that it may have been there for a couple of days dodging cars before they informed the RSPCA of its situation. Due to time limitations, they ended up bringing him to us.

"As mentioned, it arrived very underweight which was to be expected from the poor weather and the journey it had, but was surprisingly bright in all other aspects of health and keen to eat. Sadly, he deteriorated overnight, and the decision was made to euthanise him on welfare/quality of life grounds. Until this point, we were hopeful for a release but the strain on its body was likely too much."

Elsewhere in Cornwall, an exhausted juvenile Mute Swan rescued from a field near Lelant on 24 February transpired to be ringed. Further investigation traced it to a scheme in Dublin, Ireland, with the re-sighting representing the first-ever English recovery for that scheme. More on that bird can be read on the West Cornwall Ringing Group blog.

The booby's appearance in Perranporth closely follows another on the English south coast at Brighton, East Sussex, on 2 January. That bird was also taken into care, although was seemingly in better than than the Cornish individual and responded well to treatment.

Never seen alive on British shores before August 2019, three individuals were recorded in close succession after the first that month. One flew past Swalecliffe, Kent, on 19th, before a second individual was noted off St Ives, Cornwall, a week later. A second Cornish record then came from the Lizard peninsula in early September. The species was officially added to the British list in 2021.