The money has funded the purchase by the World Land Trust (WLT) of 481 acres of Chocó rainforest on the edge of the Las Tangaras Bird Reserve. The property will now form part of the reserve, which is managed by Fundación ProAves, WLT's conservation partner in Colombia.

The reserve is home to two Colombian endemics: Golden-ringed Tanager, which is classified as Endangered, and Black-and-gold Tanager, which is Vulnerable. As well as these two rare tanagers, some 250 species of bird have been recorded at Las Tangaras reserve, many of which are globally threatened.

Steve commented: "After all the hard work that went into training for the race, and the hell we went through to complete it, I am absolutely delighted to know that it was all worthwhile. There is now a chunk of rainforest in Colombia that's protected thanks to my efforts — I couldn't be more happy."

The funds will also help to preserve the Golden Poison Frog, the most poisonous creature on Earth which featured in Steve's Deadly 60 and is also classified as Endangered. The money will fund the salary of a ranger employed by Fundación ProAves at the Rana Terribilis Amphibian Reserve. The ranger will play a key role in monitoring the breeding and tadpole development of Golden Poison Frogs on the reserve. Other duties will include patrolling the reserve in order to prevent illegal logging, maintaining trails, meetings with community members, educational outreach with the local Timbiqui community and guiding visitors across the reserve. 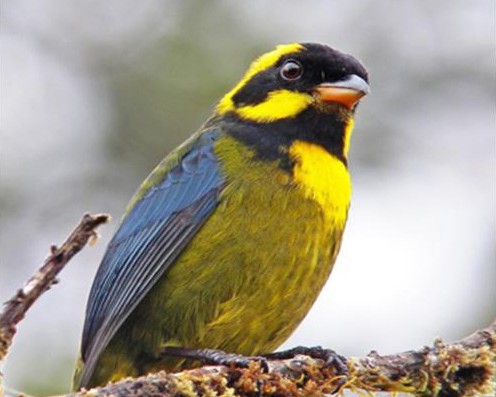 John Burton, Chief Executive of World Land Trust, said: "Steve's achievement is impressive. Not only did he take on an extreme challenge for World Land Trust but there was also an unprecedented level of interest in his fundraising campaign, which attracted hundreds of donations. We are very grateful for his support for World Land Trust and Fundación ProAves."