Britain and Ireland's wintering Bewick's Swan population is still in rapid decline, according to figures published by the Wildfowl & Wetlands Trusts (WWT).

The Cambridgeshire and Norfolk Fens remain the stronghold for this species in Britain, with the Ouse (873 birds) and Nene Washes (147) producing the highest counts. Just 12 individuals could be located in the entirety of Ireland, and it appears likely that Bewick's Swan will soon disappear altogether there as a wintering species. Bewick's Swan is rapidly declining as a wintering species in both Britain and Ireland (Jonathan Bull).

Bewick's Swan nests in Arctic Russia during the summer and winters in northern Europe, including the UK and Ireland. As climate change has caused milder winters on the Continent, many Bewick's Swans have been 'short-stopping' there, in the likes of Germany and Denmark, with fewer and fewer flying as far west as Britain and Ireland each winter. This, coupled with declines in the overall Bewick's Swan population, has caused the rapid observed decrease over the past 15 years.

In stark contrast, the wintering population of Icelandic-breeding Whooper Swans has climbed to another new high. Numbers increased by more than a quarter on the 2015 census, with 43,255 individuals counted in January 2020 (34,004 birds in 2015; +27.2%). According to the WWT, this means that the Icelandic population is now almost three times what it was in 1995.

England and the Republic of Ireland held the highest percentages of the wintering Whooper Swan population (36.8% and 33.4%, respectively), with a noticeable south-easterly shift in the midwinter distribution of the population meaning that England now hosts a much higher proportion of Whoopers to what it used to. 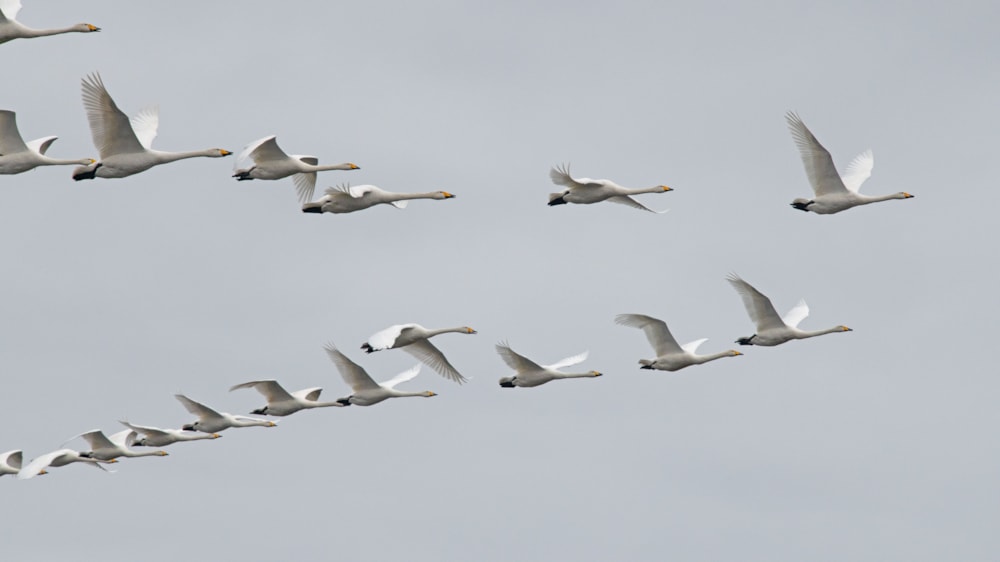 The results of the Iceland Whooper Swan census will be published later in 2021, while overall results for the north-west European Bewick's Swan population will be published in due course by the IUCN SSC Swan Specialist Group.