Britain's third Indigo Bunting is the latest major rarity to make landfall in what has already been a showstopping autumn.

The bird, a first-winter, was found by Louis Cross near Big Pool on St Agnes, Scilly, during the early afternoon of Sunday 25 October. Since then it's shown consistently well and has been feeding voraciously – though photos perhaps suggest it isn't in the rudest of health.

The bird arrived on the back of a fast-moving and deep transatlantic depression, which also produced a Rose-breasted Grosbeak on Gugh on Saturday 24th, Red-eyed Vireos on both St Agnes and Bryher, and a Lesser Yellowlegs on Tresco on Monday morning. 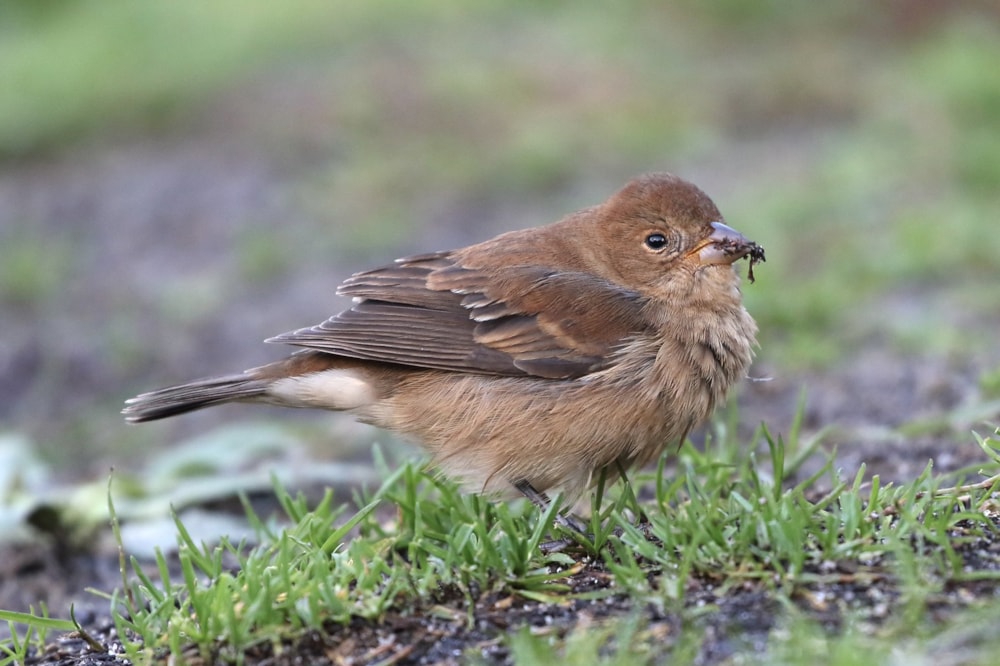 The record marks both a Scilly and English first; both previous British records have come from Wales. The most recent of these came on 20 May 2013, when a male was photographed on a garden feeder in Menai Bridge, Anglesey. News was late and the bird was not twitched. The first for Britain was in 1996 – a popular and well-watched first-winter male on Ramsey Island, Pembrokeshire, from 18-26 October.

The Welsh birds came after another popular individual – an adult – at Wells Woods, Norfolk, from 21-30 October 1988. Initially accepted as the first for Britain, the BOURC reassigned the record to Category E following a review in 2018, in which unusual feather moult for the time of year and a spike in the species appearing in the captive bird trade were cited as key reasons for the decision. Thus, the St Agnes individual will no doubt prove popular with the newer generation of keen listers, should it stick around.

Away from the Azores – where there have been no fewer than 60 records, including at least 10 on Corvo alone on 21 October 2015 – Indigo Bunting is a great rarity in the Western Palearctic. Ireland has one record: at Cape Clear Island, Co Cork, from 9-19 October 1985. Iceland and The Netherlands have two records each, the most recent coming in 1985 and 1989 respectively. The only other WP record comes from Spain (Gibraltar) in April 2004. All Scandinavian occurrences (from Denmark, Finland and Sweden) have not been accepted as wild birds.