A site in Brazil, home to 15% of the world's population of Hyacinth Macaws, has been consumed by fires, threatening the parrot which is listed as Vulnerable.

Some 70% of the vegetation at São Francisco do Perigara, a cattle ranch and bird sanctuary of more than 61,000 acres in Mato Grosso state, has been destroyed by the blaze. Between 700 and 1,000 Hyacinth Macaws lived on the ranch – the largest known population of wild macaws. 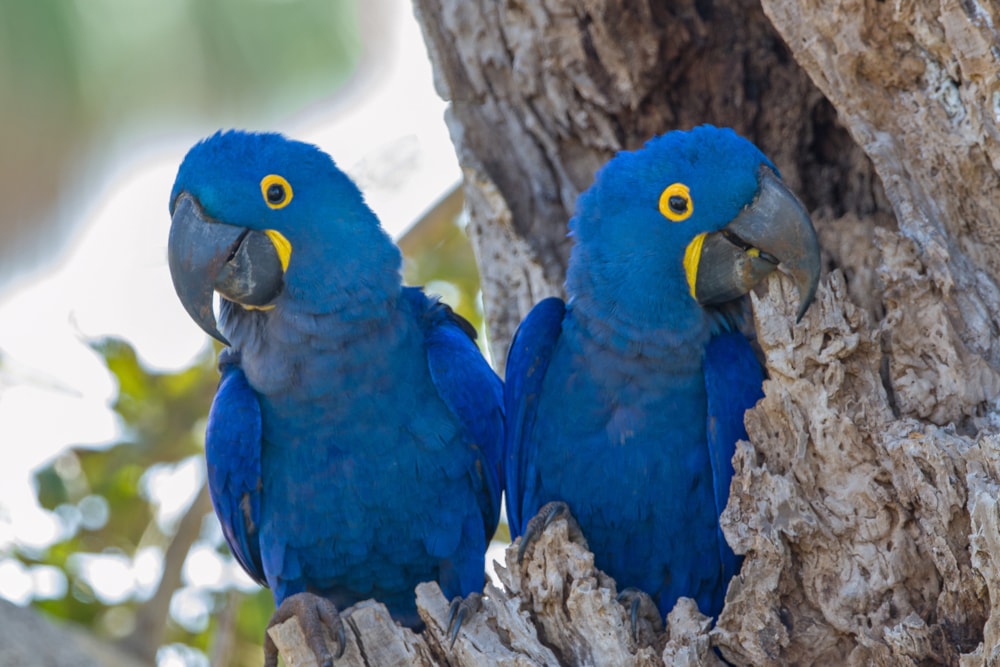 Habitat loss and the trapping of wild Hyacinth Macaws for the pet trade have taken a heavy toll on their population in the wild (Peter Beesley).

The total world population of Hyacinth Macaws is estimated to be approximately 6,500 birds, with the species only found in Brazil. While most of the birds will have fled the fires, sites they have escaped to will not be able to sustain them in the long term.

Fires in the area have raged since 1 August and, although officials said that blazes closest to the macaws' nesting areas had been brought under control, they could still re-ignite, given the high temperatures and parched conditions.

São Francisco do Perigara is located in the Pantanal, the world's largest tropical wetland area, which stretches across two states in Brazil – Mato Grosso and Mato Grosso do Sul. Consisting of more than 37 million acres, its rich biodiversity is recognised in Brazil's constitution and also by UNESCO. But it's also a region that has been targeted for fires, aimed at clearing trees and brush to create pasture land.

On 16 July, Brazilian President Jair Bolsonaro signed a decree banning fires in the Pantanal for 120 days, following pressure from dozens of international investors who threatened to divest from Brazilian companies unless steps were taken to curb the destruction. But according to Brazil's National Institute for Space Research (INPE), there were 3,121 fires detected in the region in the first 15 days of August, compared with 1,690 for the entire month last year.

At a meeting with leaders from neighbouring Amazon nations last week, Bolsonaro insisted reports about fires in the Amazon were untrue and defended Brazil's preservation efforts.