Brazil has established itself as a world leader in biodiversity protection, becoming the first nation in the world to adopt the global Alliance for Zero Extinction (AZE) framework to identify and map sites holding the last known populations of highly threatened species.

The Ministry of Environment of Brazil published an ordinance in July 2018 recognising AZE sites as an official tool to implement national policies for protection of the country's threatened species.

Brazil is home to almost 150 critical sites that are together the last frontiers for more than 200 endangered species. "The main goal is to put a spotlight on the last refuges of the most threatened species in Brazil," explained Ugo Eichler Vercillo, Director of Species Conservation and Management for the Ministry of the Environment of Brazil. "It will help to promote the integration of public policies and private actions at these sites." 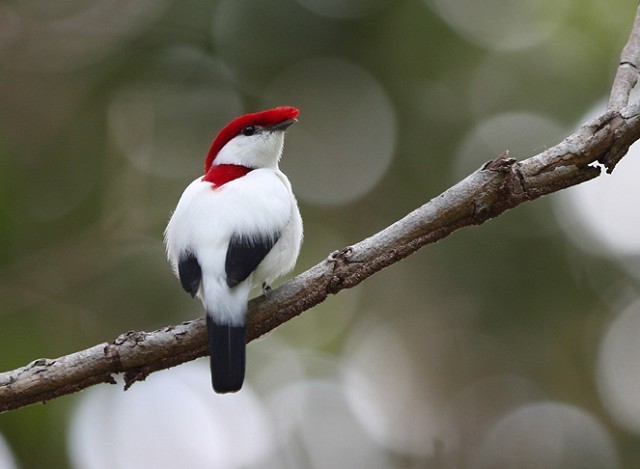 Discovered as recently as 1996, Araripe Manakin is one of the many Critically Endangered birds with perilously small ranges in Brazil (Ciro Albano).

Named the Brazilian Alliance for Zero Extinction (BAZE), the initiative was inspired by the global AZE, which comprises more than 90 non-governmental biodiversity conservation organisations and engages with governments, multilateral institutions, the private sector and others to identify and effectively conserve the most important sites in the world for preventing imminent species extinctions.

Mike Parr, Chair of the Alliance for Zero Extinction and President of American Bird Conservancy, added: "Congratulations to Brazil for this important step. Of all the world's problems, preventing imminent species extinctions is one of the most solvable. Brazil just took a giant step forward toward this solution."

BAZE contributes to the achievement of the Aichi Biodiversity Targets of the Convention on Biological Diversity (CBD), especially those of Target 11, which focus on conservation of areas of particular importance for biodiversity. It will also contribute to Target 12, with a focus on avoiding the species extinction. These targets have been set at a global level under the CBD with a goal of achieving them by 2020.

Encouragingly, Brazil has also secured a commitment for additional CBD-signatory nations to consider adopting the AZE approach within their borders. The initiative, led by the Brazilian Ministry of the Environment, is currently set for discussion at the next Conference of the Parties (COP 14), to be held in November in Egypt.

Work on the global AZE programme is supported by the Global Environment Facility in conjunction with ABC, BirdLife International, and the United Nations Environment Programme.