Dorset Wildlife Trust, in collaboration with Natural England, has announced the designation of a new National Nature Reserve (NNR).

Kingcombe Meadows and Powerstock Common, two of Dorset Wildlife Trust's flagship West Dorset nature reserves, have been designated by Natural England as a combined NNR, encompassing 309 ha of grassland, woodland and scrub habitat either side of the River Hooke. The designation, which includes two Sites of Special Scientific Interest (SSSIs), recognises these places as nationally and internationally important landscapes. 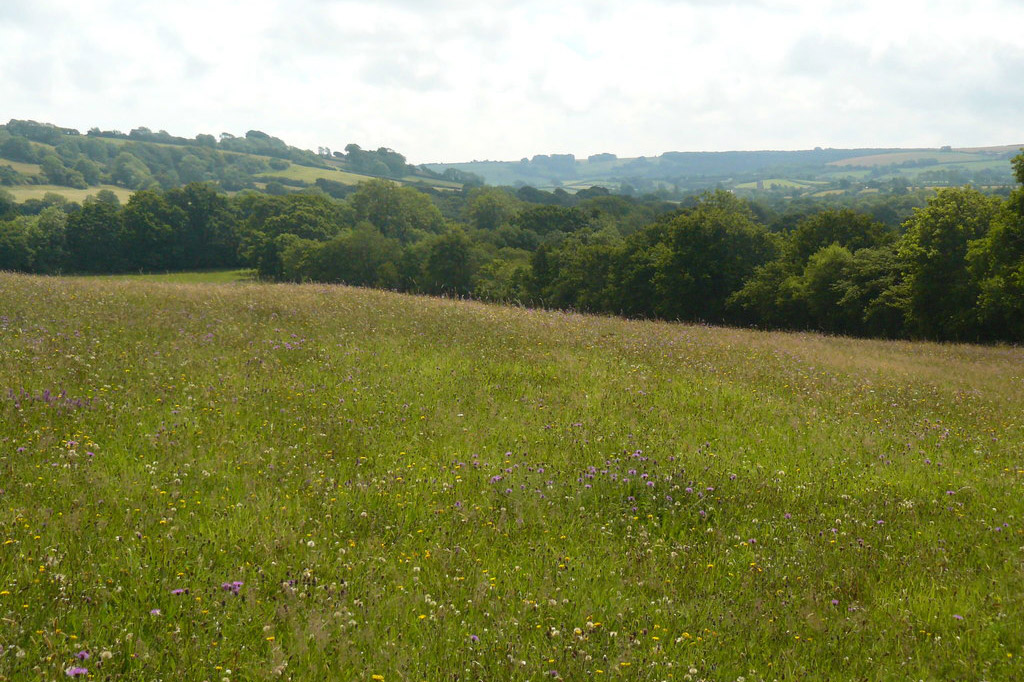 Kingcombe Farm, in the heart of the meadows' unimproved grassland, was in disrepair when its owner died. It was broken up into lots sold at auction in 1987. Thanks to the attention brought about by BBC Radio 4's Today programme and The Telegraph, enough funds were raised by local campaigners and Dorset Wildlife Trust to buy several lots. Since then, more of the original land has been accrued and the farm still functions as an organic pesticide-free business.

This 'unimproved' landscape features Marsh Fritillary butterflies and wildflowers such as Bee Orchid, Pepper Saxifrage and Devil's-bit Scabious, which also grow at neighbouring Powerstock Common, and its patchwork of woodland edges, scrub and scattered trees provides perfect conditions for foraging bats. A network of ponds supports amphibians, with toads, frogs and all three species of native newt breeding on site. Dorset Wildlife Trust restored Powerstock Common by removing conifers, planting native trees and allowing a mosaic of rich wood-pasture habitat to regenerate with the help of the resident cattle and ponies.

Dorset Wildlife Trust's Chief Executive, Brian Bleese, said: "The designation of Kingcombe Meadows and Powerstock Common as Kingcombe National Nature Reserve is a wonderful tribute to the many people, staff and volunteers, who had the vision to recognise the area for the special place that it is, and have nurtured it for many years.

"The NNR status gives us a huge opportunity to engage and inspire more people to get involved with nature and to build links with local farms and communities, working with them to make more space for the wildlife that contributes so much to our lives."

NNRs are designated by Natural England and are acknowledged as rare and precious areas, protecting some of our country's most important places for wildlife and geology.

Announcing the NNR, Natural England Chair, Tony Juniper, said: "The National Nature Reserves are the jewels in nature's crown and adding one more, at Kingcombe in Dorset, is a cause for celebration.

"These wonderful areas are not only of great importance individually, but also as part of the Nature Recovery Network that we and many partners are seeking to create across the country. In some ways these reserves are akin to a battery pack that is injecting wild energy into the landscape, helping wildlife to recover, as we connect up and recreate wildlife-rich habitats.

"These wonderful natural areas are vital not only for the wide ranges of species of animals and plants that live in them, but also in creating opportunities for everyone to connect with nature and the health and wellbeing benefits that come with that.

"The working organic farm at the heart of this beautiful place is a brilliant example of working in harmony with nature."

NNRs provide 'natural laboratories' for ecologists and researchers, advancing our understanding of particular species, habitats or natural processes. The designation also helps secure a future for these sites as part of a growing national Nature Recovery Network, connecting sites to provide vital space for nature to spread and regenerate.

There are more than 200 NNRs in England, showcasing the best of conservation practice for protecting habitat, wildlife and geology alongside supporting research, education and recreation where people can engage with nature and wildlife.