The addition is based on the well-documented occurrence of a bird with Pink-footed Geese at Holkham Freshmarsh, Norfolk, from 6-23 February 1999.

After many years of debate some clarity about the taxonomic relationships, identification and distribution of the North American 'white-cheeked' geese of the genus Branta has been achieved (North American Birds 62, 344-360, British Birds 109: 677-684). This allowed for the acceptance of Cackling Goose to the BOU's British list in March 2016. However, at that time, it was felt that the first British record, from Lancashire in November 1976, could not be conclusively identified to subspecies. 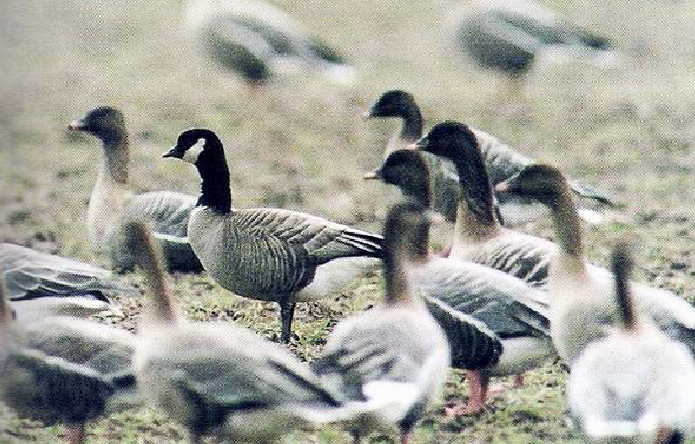 Following this decision, a number of candidates were considered by BOURC for subspecies-level acceptance, resulting in a unanimous decision that the Holkham Freshmarsh individual from February 1999 showed features consistent with the subspecies B h hutchinsii. Furthermore, there was no evidence of a captive origin, with the bird seen in a flock of Pink-footed Geese, a plausible carrier species for a vagrant crossing the Atlantic. Thus the record and subspecies was accepted to Category A.

Richardson's Cackling Goose breeds in north and central Canada and Greenland, migrating to winter in Texas, USA and Mexico.