History was made on 28th February 2013, when a group of six rare macaws travelled from England to Bolivia as part of an international project to breed and restore wild populations. The birds had been raised specifically for this purpose at Paradise Park in Hayle in Cornwall, to support a 10-year project being led by the World Parrot Trust (WPT). Paradise Park Director Alison Hales explains: "Blue-throated Macaws have a very small wild population believed to be around 110–130 individuals, so they are critically endangered in the wild. This has been a long-term project for us. We have been breeding Blue-throated Macaws at the Park for six years. During this time we have also been supporting the work of the WPT team out in the field in Bolivia. It has taken a lot of planning from our dedicated teams to reach this point." 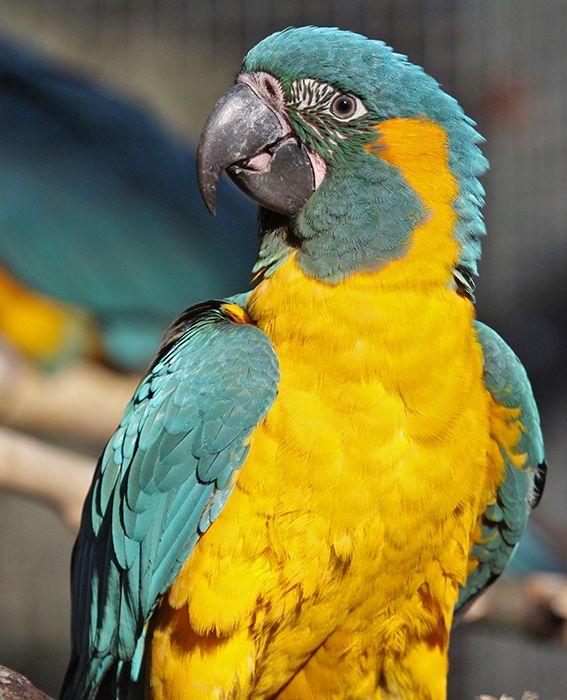 One of the six Blue-throated Macaws (World Parrot Trust).

Since 2002, the focus of WPT's fieldwork has been to protect and support the few remaining nesting pairs to aid the species' long-term survival. The project, led by biologist Dr Igor Berkunsky, is a complex conservation program that combines intensive hands-on management of eggs and chicks, surveys of remaining wild populations, research into habitat use and status, and outreach efforts with local and national groups. Six young macaws made the journey from Cornwall to Bolivia, travelling with WPT field worker José Antonio Diaz to the country where their species originated, to be released back into areas of suitable habitat where they have been extinct for many years.

Vet checks one of the birds upon arrival in Bolivia (World Parrot Trust).

Upon arrival in Bolivia, the birds were met by a team of experts including WPT team leader Dr Igor Berkunsky, who has managed the conservation of this species in the wild for many years, and Brazilian veterinarian Dr André Saidenberg, to ensure safe transfer to their new home. "The birds arrived in great shape and have already settled into the release flights", said Dr Berkunsky. "We are thrilled with this successful and ground-breaking first step and look forward to their eventual release."

The birds will remain in their aviary for several weeks while they acclimatise, then will be released gradually over a few months in a process that involves supplementary feeding and close monitoring thereafter.