Black-browed Babbler has been rediscovered in Indonesia, 172 years since the species was last documented.

No Asian bird species had been missing or as long as the babbler, which is classified as Data Deficient in the IUCN Red List, with the only known specimen collected some time between 1843 and 1848. Until last year, there had been no subsequent sightings and the species was shrouded in mystery. For many decades, it wasn't known where the specimen had been procured, although it was presumed to be from South Kalimantan province in Borneo. 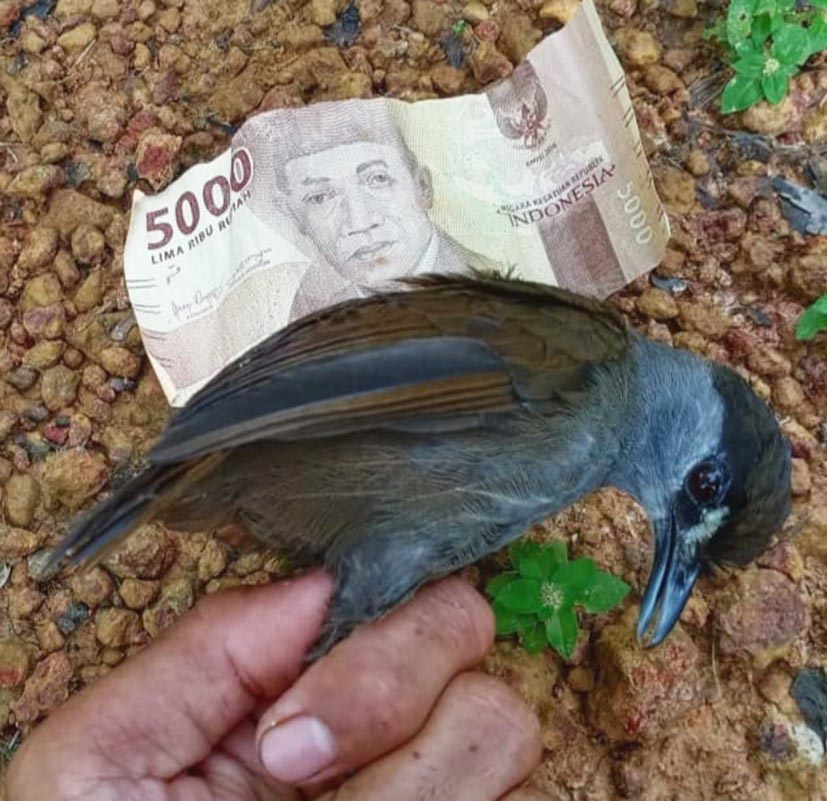 The sensational rediscovery occurred in October 2020. Muhammad Suranto and Muhammad Rizky Fauzan, both locals in South Kalimantan, were gathering forest products in an area not far from where they live when they accidentally stumbled upon an unfamiliar bird species. They caught and released it after taking some photographs.

The two contacted local birdwatching groups, BW Galeatus and Birdpacker, who then suspected the bird might be the missing Black-browed Babbler. This was subsequently confirmed after consultations with expert ornithologists from Indonesia and around the region.

"It feels surreal to know that we have found a species of bird presumed by experts to be extinct. When we found it, we didn't expect it to be that special at all – we thought it was just another bird that we simply have never seen before," said Rizky Fauzan.

"The sensational finding confirms that Black-browed Babbler comes from south-eastern Borneo, ending the century-long confusion about its origins," said Panji Gusti Akbar of Indonesian bird conservation group, Birdpacker, lead author of the paper giving details of the rediscovery published by the Oriental Bird Club in BirdingASIA.

"We now also know what the Black-browed Babbler really looks like. The photographed bird showed several differences from the only known specimen, specifically the colour of the iris, bill and leg. These three parts of a bird's body are known to lose their tint and are often artificially coloured during the taxidermy process."

"The discovery also confirms that this species remains extant despite the massive deforestation and habitat conversion in this little-known part of Borneo. There is therefore a very high possibility of it being severely threatened by habitat loss."

The rediscovery shows how poorly known Indonesia's avifauna is; more than 1,700 species are found across the archipelago's islands, many of which are little studied.

"It's sobering to think that when Black-browed Babbler was last seen, Charles Darwin's Origin of Species hadn't even been published and the now extinct Passenger Pigeon was still among the world’s commonest birds," said Ding Li Yong, an Asia-based conservationist with BirdLife International, and a co-author of the paper.